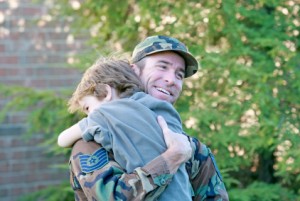 As we’ve blogged about in the past, recent statistics show that divorce rates among all branches of the military have risen over the past decade.

Which military couples are most likely to divorce? A new study from the RAND Corporation that takes a look at this question finds that risk for divorce appears to rise directly in relation to the length of time enlisted service members are deployed to combat zones. In other words, the longer a spouse is deployed on active duty, the more likely it is for that servicemember’s marriage to end in divorce.

What did they find out?

Researchers also noted that 97 percent of the divorces occurred after a return from deployment. The risk of divorce was lower among military families that had children.

Are you or your spouse a member of the military and contemplating divorce. We have a number of helpful resources available to help you: