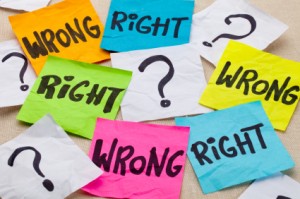 A bill under consideration in the New Jersey legislature (S-2151) will dramatically change how premarriage and precivil union contracts, also known as prenuptial agreements, are evaluated and enforced in the state. Presently, the courts determine the justness of a prenup at the time the couple seek their divorce, allowing for modifications in certain cases where health or financial circumstances have changed for spouses. Under the new bill, judges would be required to evaluate prenups for conscionability as of the date they were executed, which may be decades before the divorce. What are the pros and cons of the bill? What could this mean for your prenup? Weinberger Divorce & Family Law Group attorney Carmela Novi offers information and thoughts on how this possible new law might affect your divorce proceedings:

The bill, making substantial changes to the law governing prenuptial agreements in New Jersey, has passed the State Senate and is awaiting vote in the Assembly.  The new law would remove the ability of the Courts to find that such an agreement is unconscionable, and therefore unenforceable on that basis, if both parties were represented by counsel at the time of the agreement’s signing and financial disclosure was provided.

These four factors exist under current law as independent factors (not tied to unconscionability) regarding enforceability of a prenuptial agreement.

As part of the new law, the four factors would be the only measure by which unconscionability would be determined.  Therefore, if a party believes that the enforcement of an agreement is unfair at the time of divorce or the dissolution of a civil union, they will have no recourse to ask the Court to set aside the agreement on the basis that its enforcement would be unfair, unless one of the four factors was present at the time the agreement was signed.

As an example, Joe and Jane get married in 1990.  Prior to their marriage, they signed a prenuptial agreement, after having it reviewed by their respective attorneys and after exchanging their financial information (assets, income and liabilities).  The agreement states that Joe will pay Jane $1,000 per month in alimony in the event of divorce. At the time of marriage, Joe is in law school and Jane is a professor of English Literature at a state university.  During the marriage, they have four children and Jane spends the entirety of the marriage raising the children.  She is also diagnosed with Multiple Sclerosis, such that her original intention to return to the workforce when the youngest child entered kindergarten never comes to fruition.  Joe completes law school during the marriage and by the time of their divorce in 2010, he earns $350,000 per year.  Jane and Joe are 46 years old at the time of their divorce and the youngest of their children is 10 years old.

During the divorce, Jane realizes that there is no way that she would be able to support herself on $1,000 per month in alimony, and her medical condition prevents her from working.  Pre-amendment, Jane might ask the Court to set aside the alimony provisions given her present circumstances.  With the new bill’s language, the Court would not be able to set aside the alimony terms of the Agreement and Jane would be provided with $1,000 per month in alimony to live on as per the prenuptial provision.

Is that fair?   Do we want to remove the equitable power of the Courts to modify an Agreement if, at the time of divorce, it becomes clear that one party will be left in a situation where it is impossible to support him or herself  without additional support from the former spouse, who is able to pay more? Do we believe that Jane, at age 46, should be forced to live with the terms of an agreement she negotiated when she was 26 years old and healthy?  A member of Weinberger Divorce & Family Law Group, LLC reached out to the office of State Senator Nicholas Scutari, one of the sponsors of the bill, for comment, but was unable to reach him.

At Weinberger Divorce & Family Law Group, we will be watching this bill closely to ensure that we can properly advise clients affected by it, should it pass the Assembly and become law.