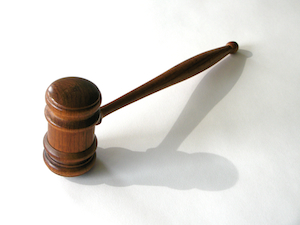 There are many understandable reasons why individuals decides to represent themselves in a divorce matter or couples decide to forgo legal help for a do-it-yourself divorce. Called representing oneself pro se, individuals and couples who take this route often cite the need and desire to save money and time as the number one reason why they’ve decided to go it alone.

Does this plan always work? While there certainly are examples of pro se divorce cases that have turned out just fine for both parties, what we typically see more often are pro se litigants who, in the end, pay much more for their divorce and spend more time snarled up in legal wrangling due to mistakes and missteps made during the divorce process.

The latest case in point? A recently published case in New York Law Journal describes the matter of G.T. v. A.T. In this case, the husband, who represented himself in a divorce and “engaged in obstructionist conduct” that led to a 12-day trial—including several days of cross-examining his wife, was ultimately ordered to pay his ex-wife’s attorney fees at trial.

As the Law Journal reports:

“This case highlights the difficulties that arise when one party uses their self-represented status as both a sword and a shield in an attempt to gain undue advantage and behaves in a manner that the court would never tolerate from an attorney,” said Justice Leis.

After factoring in credit they owed to each other, Leis said Tope owed Joshi-Tope a total of $6,957 in all.

“Simple justice dictates that the defendant who chooses to function from a position of anger and resentment, not be allowed to purposely drive up the plaintiff’s counsel fees and act in such an inappropriate manner, without being made responsible for all of the trial fees,” Leis said.

Taking a slightly different spin on this case, it’s easy to wonder if perhaps the couple could have been steered in the direction of divorce mediation, and whether this process could have helped avoid the time and money spent on both sides. Mediation, when used to settle divorce matters, puts control directly in the hands of both parties. A third party mediator helps to facilitate the discussion, but ultimately, it’s up to both parties to come to a mutually acceptable set of terms. Mediation can be used to settle everything from asset division to child custody.

Compared to typical court litigation, the time and cost of mediation can be much less. Emotionally speaking, taking care of matters outside of court in the mediation setting can satisfy a need felt by both spouses to feel more in control over the divorce. For individuals and couples considering going pro se, considering mediation first may be a way to prevent expensive and litigious situations down the road.

For more information, see:
Getting Divorced? 4 Reasons Why It’s A Good Idea To Hire An Attorney