You are here: Home1 / Blog2 / New Jersey Law - Divorce & Separation3 / If Shelly and Donald Sterling Divorce, Who Gets the Clippers? 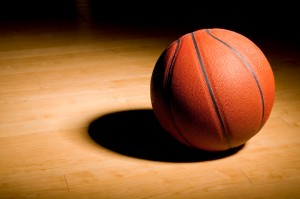 Shelly Sterling, wife of disgraced LA Clippers owner Donald Sterling, is reportedly on the brink of filing for divorce from her husband of 60 years. She has signed divorce papers, sources say, but has not yet actually filed them — in part because those divorce papers could now become the key piece of leverage in the Sterlings’ fight against the NBA and bid to retain ownership of the Clippers. At issue? The Sterling Family Trust, which is the technical owner of the team.

According to The Wire:

Currently, the Clippers are owned by the Sterling Family Trust. The California state laws which govern this trust offer her 50 percent ownership in the team. If the divorce moves quickly, the divorce settlement could move full ownership of the Clippers to Shelly. That would then call into question whether the NBA has the right to vote her out as well, since it could be argued that the ex-husband’s, and ex-owner’s, violation of the NBA constitution would not apply to Shelly. If the divorce doesn’t go quickly, it could tie up the ownership question in the California court system, complicating the NBA’s attempts to seize and sell the team even further.

In his controversial CNN interview with Anderson Cooper, Donald Sterling indicated that he would like his wife to keep her half of the team. “If for some reason I can’t have the team, I think she should have her interest,” he said. “I mean, she didn’t do anything. I brought this all on her.”

As far as Shelly Sterling is concerned, it appears that she is ready to fight for ownership of the team in a divorce, but on grounds that come as somewhat as a surprise. In a recent interview with Barbara Walters, Ms. Sterling floated the notion that perhaps her 80-year old husband’s racist remarks were the result of dementia.

When Walters asked Ms. Sterling if she had discussed the explosive remarks Mr. Sterling made while being secretly taped, Shelly responded, “He saw the tape and he said ‘I don’t remember saying that. I don’t remember ever saying those things.’ … That’s when I thought, he has dementia.”

Shelly Sterling, who has been estranged from her husband for a year now, told Walters that she had never heard him make racist comments ever over the course of their relationship. She also let it be known that she’s been contemplating divorce for 20 years, but hasn’t yet filed the petition.

If this really is the case, could Shelly claim ownership if she can prove her husband’s alleged dementia? In short, the answer is a qualified maybe. If this divorce case were to be conducted in New Jersey, this kind of claim would needed to be backed up with evidence of such, including a medical diagnosis, which may be difficult to obtain for a number of reasons.

However, in divorce cases where dementia is proven, judges can and do take these kinds of issues into account when dividing up property such as a co-owned business asset. It could be that a judge would require a power of attorney for the spouse affected by dementia, or request that a trust be set up on the person’s behalf. It could be that Shelly Sterling, if she could prove dementia, would need to co-run the clippers with whatever power of attorney was put in place for husband. (In some cases, divorce as the result of one spouse developing dementia or another serious health issue is called a “medicaid divorce.”)

If the case of dementia, would the NBA still pursue sanctions against Donald Sterling? As The Wire puts it best, “the potential divorce is adding another layer to what is already looking to be to be the biggest legal battle in NBA history.”

Whose court will this ball eventually end up? We will keep you posted.