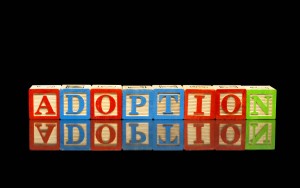 On Monday, May 12, the New Jersey Senate approved a groundbreaking measure that would give people adopted in the state access to their original birth certificates. The move is the result of a decades-long push by a group of advocates for adoptees and their biological parents to open New Jersey adoption records for the first time since they were sealed in 1940.

Why is this bill finally seeing the light of day in 2014? State Sen. Joseph Vitale, a Democrat from Woodbridge and sponsor of the bill for 17 years, was able to meet with Governor Chris Christie, originally not a proponent of the measure, to work out a compromise garnering his support. (Lawmakers passed a bill in February to allow adoptees to see the records. The governor conditionally vetoed the measure until the compromise could be included and voted on, which is was on Monday.)

According to Vitale, the compromise deal their staffs hammered out, includes the following provisions:

– Gives birth parents of children who are adopted before Aug. 1, 2015, until the end of 2016 to ask that their names be removed from birth certificates. Those who do so would be asked to give some medical history, though.

– Biological parents of children adopted after Aug. 1, 2015, would not have the option of redacting their names.

– Birth parents of all adopted children would be able to give their preferences for whether — and how — they could be contacted. They could change their choice at any time.

With the bill now expected to become law, New Jersey will join eight other states that allow such disclosure: Alabama, Alaska, Kansas, Maine, New Hampshire, Oregon, Rhode Island and Tennessee. In Illinois, which has had a similar law in effect since 2011, more than 10,000 birth certificates have been provided. According to CBS News, biological parents have had their names removed from just 53 of them.

What Happens When One Spouses Refuses to Take Part in the Divorce? If Shelly and Donald Sterling Divorce, Who Gets the Clippers?