You are here: Home1 / Blog2 / New Jersey Law - Divorce & Separation3 / Emotional Abuse In Divorce: How To Protect Yourself And Your Children 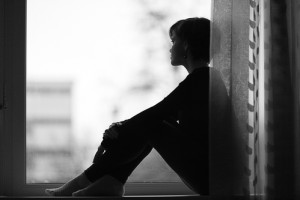 Emotional abuse can carry an added layer of damage because, unlike physical abuse, it leaves no discernible marks. Other people, and even the victim, don’t always recognize it’s happening. After years of being invalidated, disempowered, and made to feel worthless, abuse victims can begin to doubt their own reality, and ignore signs that they’re being mistreated.

Isolation. Abusers are often possessive. They don’t want you to have relationships with others. They monopolize your time and drain your energy.

Verbal Abuse. Name-calling, insults, put-downs: the emotional abuser loves to tear you down, and occasionally build you back up. The result? A loss of self-esteem and frantic efforts to make the abuser happy in hopes of receiving validation.

It’s Your Fault! At least, that’s what abusers tell you. However, the problem is not that you’re “too sensitive” or that “you don’t know how to deal with my anger.” The problem is that the abuser doesn’t take accountability for his own issues, including managing his feelings.

Abuse Of Power. Does he control all the money? Does she try to keep you from having a relationship with your children? Abusers use any means necessary to dominate and disempower their victims.

Manipulation. Some abusers are volatile: “I hate you, don’t leave me!” Others give you the silent treatment, withholding love, sex, affection, or the benefit of knowing what they’re really thinking. Either way, emotional abusers will do what it takes to keep you off-balance.

Gaslighting. This term comes from the 1944 film of the same name, in which Charles Boyer manipulates his wife Ingrid Bergman into thinking she’s going insane. Gaslighters will say and do things to alter your sense of reality (“Of course I told you there would be a post-nup, you just don’t remember!”). The intention is to make you vulnerable so they can further control you.

Sexual manipulation. Being coerced into performing sex acts that make you uncomfortable or being denied sex altogether are forms of emotional abuse.

Uses the children as weapons. Where there’s a custody battle, there is generally an emotional abuser. One parent creates an unholy alliance with the children by turning them against the other parent. Although the manipulative parent may genuinely believe they’re “protecting” the child, destroying that child’s relationship with the other parent is a form of child abuse.

How To Protect Yourself And Your Children In Divorce

The same dynamic that plagued the marriage can spill over into divorce if the abuser doesn’t learn to protect herself and her children. Here are some important things to know and do in order to start asserting yourself and drawing limits.

Resist the urge to accommodate your spouse just to get the divorce over with. Your boundaries have been systematically eroded from years of being abused and manipulated. Do not let yourself be pressured into signing an agreement before you know what you’re signing. Hire a competent attorney and be prepared to negotiate for what you deserve. What you agree to now will affect your future and that of your children’s.

Set boundaries on communication. The name-calling and criticizing that were rampant in the marriage are likely to continue in the form of electronic communication. Get a court order for Our Family Wizard to incentivize the abuser to be more appropriate. Don’t respond to e-mails and texts all day long. Don’t retaliate or try to defend yourself: emotional responses from you will just further engage the abuser.
Get a temporary custody order in place. The parent who complained about your parenting when you were married will often try to obstruct your visits with the children once you separate. Go to court and file a temporary child custody order to cover the separation period until the final custody order is in place.

Don’t take it personally. Abusers love to make you feel that you’re the one with problem. They devalue you and your parenting. It’s time to stop internalizing their propaganda. Realize the problem is about them, not you.

Emotionally disengage. Whenever you feel yourself pulled to obsess over their latest diatribe, or what they might do, practice radical self-care: meditate, go to therapy, nurture other relationships, get back to that hobby you’d sidelined. Keep your focus on yourself, and not the abuser’s antics.

Disengaging from a years-long toxic relationship is easier said than done — especially when you have to co-parent with an abuser. But if you want to get away from them, and go on with your life, you must stop giving them free rent in your head.

Are you in an abusive relationship and need help? Our attorneys can help you get the help you need, whether you are going through a divorce or need to take action in a domestic violence matter, or both. Please contact us to schedule your initial confidential consultation. 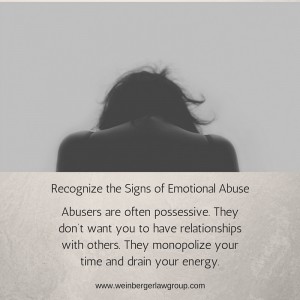 Filing Tax Returns after Divorce, Part 3 What If An Erin Andrews Case Happened in New Jersey?