Update 10/28/13: Ari Schochet won a stay of his incarceration from the New Jersey Supreme Court. The stay allowed Mr. Schochet to file an appeal. That appeal, now before Judge Jonathan Harris, poses the question: Do all parents who are behind bars for arrears on support payments have the right to an ability-to-pay hearing before being locked up? 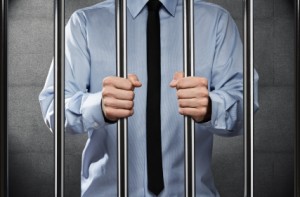 In Bergen County, Ari Schochet, a former Wall Street portfolio manager, has been ordered by New Jersey Family Court Judge Ronny Jo Siegel to spend nights and weekends locked inside a county jail unless he hands over a lump sum of $25,000 toward more than $233,000 in unpaid alimony.

At the hearing deciding on the work-release arrangement, it was disclosed that Schochet missed court-ordered spousal support payments at least eight times in the two years since the end of his 17-year marriage. Schochet claimed that missed payments were due to job loss on his part and difficulties finding a similar paying position. He also stated that he’s run through his savings trying to pay his alimony and child support for his four children. His current support obligation totals almost $100,000 a year, with the bulk of it going towards alimony.

“Mr. Schochet is attempting to put things back together,” Benjamin Kelsen, a lawyer representing Schochet pro bono, said during the hearing. “This is not a case of someone who doesn’t want to pay but rather somebody who doesn’t have the ability to pay.”

Schochet’s ex-wife, Sharona Grossberg, also showed up court to testify that she now works three jobs in order to keep the household running.

“I feed my daughters, I clothe them, I pay for their health insurance, I keep gas in the car,” Grossberg reported. “My paycheck doesn’t cover the expenses that are necessary. I cannot do this alone.”

In rejecting Schochet’s request to be released from work-release program pending a 30-day review, Justice Siegel noted that, “I’m looking at a defendant who now owes no less than $233,000. That’s an extraordinarily high amount of money.”

Judge Siegel also noted that Schochet could have filed an alimony modification request for a separate hearing to analyze his ability to pay, and possibly establish lower payments. Schochet’s explained that he had tried, but found the modification process too confusing to figure  out on his own and he lacked access to an attorney at that time.

For now, Schochet remains in the work-release program, leaving prison only to work a job as an entry level stock seller. Garnishments placed on his paycheck to start chipping him away at the back alimony leaves him with only $100 left over. He is also working a job at a flower shop.

Fair? Unfair? It’s a complicated situation, but some are saying that Schochet’s high profile, headline-grabbing dilemma might just make him the poster child for the alimony reform movement in New Jersey. There is already proposed legislation pending before New Jersey lawmakers would allow modification of alimony due to changed circumstances such as a payer’s unemployment or disability. The bill would base alimony on the length of the marriage and income and allow ex-spouses to stop payments when they retire. Proponents of alimony reform hope the extra attention on the issue this case is placing helps the wheels of government move a little faster. Those against the bill cite the continuing need for lifetime alimony in certain circumstances.

What do you think? Time for alimony reform? Or are we okay in New Jersey, for the most part, under the current system? And what should be done in this case? One commenter on the Bloomberg Business article about this case had a very creative solution:

“She has 3 jobs. Perhaps, the fiduciary responsibility for the fractured family should NOW lie with her. Let him stay home with the kids and let her support them. The million dollar a year ride if OVER – she ended it and the judge’s decision made the ending irretrievable and irrevocable.”