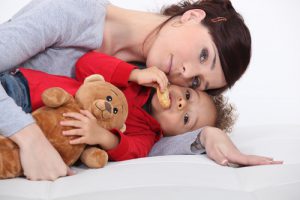 In New Jersey, when the State attempted to terminate a parent’s rights and give that child to an adoptive family, if the parent was poor, they were entitled to a public defender in that action, just as a poor criminal defendant is entitled to pro bono representation in criminal cases. The court system provides legal representation to poor parents to defend against termination of their parental rights sought by the Division of Child Protection and Permanency, formally known as DYFS.

But, what about poor parents whose children are up for private adoption? Until today’s New Jersey Supreme Court decision, those parents were not entitled to an attorney from the Public Defender’s Office. The court, in a unanimous ruling, said a birth parent has the same right to counsel in a private adoption dispute as does a birth parent in a case in which the state is seeking to terminate parental rights.

Chief Justice Stewart Rabner wrote in the decision, “The issues are no less challenging or significant in a private adoption matter. In both situations, parents who are poor and typically have no legal training are ill-equipped to defend themselves in court.” The case came before the court after a mom, who was indigent, decided to give up her child for adoption, believing she could not care for the special needs child, but then changed her mind. The mother, L.A., put her child up for adoption through the Children’s Home Society of New Jersey.

L.A. could not afford an attorney, so she represented herself in a two day trial. After the trial, her parental rights were terminated and the child was put up for adoption. The court decision was appealed. Justice Rabner stated that the right to an attorney in these types of cases ensures fundamental rights to due process afforded by the Constitution. The case has been sent back to the lower courts and L.A. will have an attorney to represent her in that proceeding. The NJ Supreme Court did not indicate in the decision whether or not L.A. should have her parental rights terminated; rather, the case will be reheard and that decision will be reached by the lower courts.

The New Jersey State Bar agreed with the decision stating that, “The [Bar Association] applauds this decision as a win for children, parents and families…The termination of parental rights is a consequence of great magnitude and the [Bar] agrees with the court that indigent parents facing that should have counsel. We look forward to working with the Legislature on ensuring that indigent parents are able to have knowledgeable and skilled counsel assigned to assist them.”

Neither the prospective adoptive parents, nor their attorneys, had a comment on the decision.
What do you think? Are poor parents whose child is up for private adoption entitled to a pro bono attorney to represent them if they oppose the adoption?

If you are thinking about adoption and need to know your rights, please contact us today to set up your consultation with one of our qualified family law attorneys, experienced in all areas of New Jersey adoption laws.