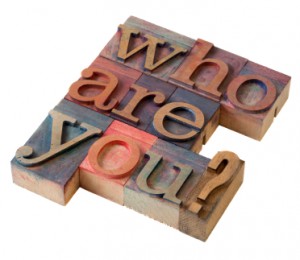 If you’re thinking about changing your child’s last name post-divorce, make sure you can give a judge a compelling reason why doing is a benefit to the child. That’s the message in a new New Jersey Surpreme Court ruling in which a Burlington County woman’s name changes for her children were overturned.

The circumstances? When Paul Emma and Jessica Evans divorced in 2010, the couple agreed to joint custody of their two young children. The children lived with their mother most of the time, but stayed with their father every other weekend, had overnight visits on Thursday, and visitation four hours Tuesday mornings, according to court records.

Evans resumed using her surname after the divorce was final, and hyphenated the children’s last name to Evans-Emma on various school and health insurance records. Emma objected to this name change, filing in court to bar the use of a hyphenated name, Philly.com reports. Evans responded by trying to legally change their last name from Emma to Evans. In 2010, a judge in Burlington County decided that Evans had the right to change their names. Emma filed an appeal, which he won last year. That’s when the Supreme Court stepped in.

In its ruling, the Supreme Court said the trial judge erred in giving Evans the benefit of the doubt just because she is the custodial parent. Instead, the court’s unanimous ruling gives her the burden of proof of showing that the name change is in the children’s best interests.

The state’s high court even quoted ancient Roman doctrine, saying a name is “one of the most permanent of possessions; it remains when everything else is lost. … When one dies it is the only part that lives on in the world…Without a name a person is nothing.”

So what’s a parent to do when a name change is desired on behalf of their children? The ruling includes some guidance on this:

– For older children mature enough to decide, their concerns and preferences should be considered. In the Evans-Emma case, the children are all under eight years old, so this doesn’t apply.

– Judges should consider the impact on the children as well as the motivations to change a name whenever a name change is requested. Is it being made to “cut out” or alienate the other parent? Or are there legitimate reasons why a parent and child sharing the same last name would be beneficial?

– When parents share joint legal custody, it requires parents to share the responsibility of making major child-rearing decisions, including issues such as name changes. According to the court, “the decision to change a child’s name was a ‘significant matter’ that required, at minimum, an attempt to agree. …” Thus, “neither [parent] possessed a superior right in such an important matter.”

For now, the children in this case will retain the last name Emma, unless the two parents could come together to agree on a name change, or Jennifer Evans can prove in court why a name change is needed.

For more on name changes and factors New Jersey judges take into account when approving or denying name change requests, see “Whose Last Name Will My Child Carry Post-Divorce?”