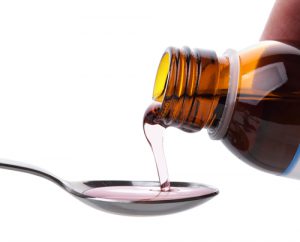 Many parents have done it. Or, they have at least known someone who has done it. Giving a child Benadryl, a common allergy medication, in order to help the child sleep seems to be not quite uncommon these days.  Parents are known to give a dose of the medication before boarding a plane, for example, to ensure that their little one sleeps through the flight and doesn’t potentially irritate an entire plane with nonstop crying. But, after a New York court ruling, parents may wish to rethink this course of action.
A mother from Albany gave her 8-year-old son Benadryl three or four nights per week to assist him in falling asleep. She did this without consulting his doctor.  As a result, she lost physical custody of her child, with the court stating that her actions, “demonstrated a flawed understanding of her role as a parent and evidenced a serious lack of judgment with respect to her child’s health, safety and overall well-being.”
The child’s father, who shares joint legal custody with the mom in this case, filed papers with the court after he claimed his son appeared for his parenting time in a “zombie-like state.” Ulster County’s Department of Social Services investigated the father’s complaint and removed the child from the mother’s home. Dad was granted custody.
The mom never denied giving the child the Benadryl in order to help him sleep at night and admitted that she gave the child the Benadryl three to four nights per week over a period of approximately three months. However, she also admitted she gave her son two to three times the recommended dosage. Her son never had allergies.
Dad also seems to have alleged that the boy’s mother perhaps gave him the Benadryl to attempt to control behavioral issues that he was exhibiting. Apparently, the child was having difficulty with periods of unruly behavior, that mom did acknowledge. However, she denied giving him the Benadryl in an attempt to regulate his conduct.
Mom eventually admitted that her actions were wrong, but, the court noted that she only stopped giving the child the Benadryl when he was removed from her custody. As a result of her actions, the father was given sole legal and physical custody of their son and she was awarded visitation.
The aappeals court stated, “..the father is more capable of providing the child with a safe, secure and stable environment…”  With this ruling, the appeals court held up the ruling of the lower court.
What do you think? Should this mother have lost custody of her child because of her actions? Does the amount of Benadryl or the length of time it was given effect your thoughts?

If you are experiencing issues with custody or with the New Jersey Division of Child Protection and Permanency, it is important to consult with a New Jersey family law attorney who is experienced in custody and DCP&P matters. We can help. For a confidential consultation with one of our highly skilled family law attorneys, please use our contact form or call us today at (888) 888-0919.