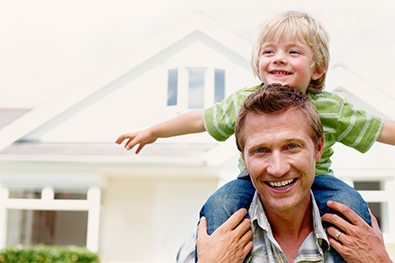 A child custody schedule that makes sense for a toddler may no longer work for a teenager. But modifying parenting time can be difficult when co-parents disagree on what’s appropriate or worse, question each other’s motives for requesting the modification. Read on to find out how businessman Kevin used mediation to negotiate more time with his son.

As the founder of a tech start-up company, Kevin was working 16-hour days when he split up with Lydia, a freelance marketing executive who worked from home.Their 5-year-old son Alexander had just started kindergarten and was experiencing separation anxiety being away from Lydia for extended periods of time.

Kevin wanted 50-50 shared child custody. Lydia argued that Kevin had abdicated most of the child-rearing tasks to her during the marriage and that Alexander wasn’t comfortable being alone with his father for more than a few hours. Kevin accused Lydia of trying to keep Alexander from him and initiated a custody evaluation.

After extensive psychological interviews with each adult, as well as observing Alexander engage with both parents, the child custody evaluator determined that it was in the child’s best interests to have briefer visits with Kevin until he could learn to tolerate longer stretches of time apart from Lydia.

Kevin was frustrated with the decision but realized that, in truth, he wasn’t able todevote much uninterrupted time to Alexander due to his work schedule. The couple agreed to the “traditional dad schedule;” Alexander would have Wednesday and weekend overnights with Kevin and be with Lydia the majority of the time. They also agreed to revisit the timeshare issue when Alexander turned 13.

Several years later, Kevin sold his start-up and was able to significantly decrease his work hours in order to spend more time with Alexander. He began coaching the 12-year-old’s soccer team and volunteering at his school. Now on the brink of adolescence, Alexander identified more with his father and told Kevin he wanted to split his time equally between both houses.

When Kevin broached the subject of a child custody modification with Lydia, she bristled. She still saw Kevin as the distant workaholic he was when they split up seven years earlier. She believed that the real reason he wanted to modify custody was to pay less child support–not to spend more time with Alexander. She told Kevin that it was in Alexander’s best interest to maintain the status quo.

Angry with his mother for not allowing him to spend more days with his father, Alexander started to refuse visitation with Lydia. Lydia then accused Kevin of not supporting her relationship with Alexander. Kevin reminded Lydia that in less than a year, when Alexander turned 13, it would be time to revisit custody anyway.

Kevin and Lydia entered mediation as opponents. Kevin accused Lydia of not allowing him equal access to Alexander, while Lydia accused Kevin of simply wanting to save money by reducing child support.

After listening to both sides, the mediator was able to shift the co-parents’ focus to their child’s best interests. As it was age-appropriate for Alexander to spend more time with his mother when he was young, the mediator explained, it was now appropriate for him to spend more time with his same-sex parent. The mediator urged them to adopt an alternating week custody schedule: this would support Alexander’s burgeoning independence while allowing him to maintain close contact with both parents.

Both Kevin and Lydia liked the alternating week schedule. It would allow each to have a longer stretch of time with Alexander while reducing the hassle of transitions between households. Once he was able to see his father more frequently, Alexander stopped putting up a fight when it came to visiting his mother.

Have questions about custody and parenting time? Learn how to protect your rights and safeguard your precious time with your children. Schedule an initial consultation. Your secure future starts with a call: (888) 888-0919, or click the button below. I Want To Get Divorced But I’m Overwhelmed. Where Do I Start?