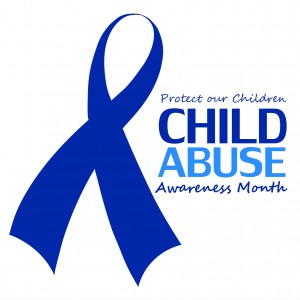 In support of the thousands of children placed in the state’s foster care system as a result of abuse and neglect, Weinberger Divorce & Family Law Group announces its participation in Go Blue for CASA Day on April 8. The special day raises awareness and funds for Court Appointed Special Advocates (CASA) of New Jersey, a non-profit organization that supports and trains community volunteers to speak up for abused and neglected children in court. [Photos of today’s events can be found below! We will be updating throughout the day.]

“The mission of CASA couldn’t be important and critical to kids in the New Jersey foster care system,” says Weinberger Divorce & Family Law Group’s founder, family law expert Bari Z. Weinberger. “CASA volunteers advocate for the best interests of abused and neglected children by appearing in court with the child, gathering reports on the child’s wellbeing, conducting interviews, making recommendations, and doing whatever else it takes to provide the legal system with the information it needs to make sure these kids find a safe and secure home. We are thrilled to be able to pitch in and help CASA continue and expand this vital work in our New Jersey communities.”

Go Blue for CASA Day takes place each April as part of Child Abuse Awareness Month. At schools, medical practices, law firms, and other businesses, staff members dress in blue to draw attention to the fight to end child abuse (blue is the symbolic color of Child Abuse Awareness). In exchange for wearing blue, each participant makes a donation to CASA. According to Karen DeRosa, director of community development for CASA of Atlantic and Cape May Counties, “It’s all part of a statewide initiative to help raise awareness for child-abuse prevention and foster care in general. All money raised helps CASA achieve its mission of educating the general population about child abuse, about prevention measures and about the kids who get caught in the crossfire of abuse and neglect and end up in the foster-care system.”

Formed in New Jersey in the year 2000, CASA programs now operate in all 21 counties across the state. Last year, more than 1,800 CASA volunteers served over 3,000 children in the foster care system. The vision of CASA of New Jersey is that all children in New Jersey who have been removed from their families because of abuse or neglect will be served by a qualified, well-trained Court Appointed Special Advocate.

Go Blue for CASA Day will be honored in all Weinberger Divorce & Family Law Group office locations across New Jersey.

According to Weinberger, “We’re decked out in blue today because we care deeply for children in crisis who desperately need the generous services of CASA and their volunteers. It is our privilege to be able to help raise awareness of the plight of these children and to shine a light on the immensely valuable work CASA undertakes in New Jersey. One of own paralegals, Roxann Navarra, from our Mount Laurel office, is in the final stages of becoming a CASA volunteer. Today, we also recognize her efforts. We’re proud of you, Roxann!”

To learn more about CASA, including how to volunteer, visit CASA of New Jersey.

Check out our photos from today and please share. You Can’t Modify Alimony If You Never Received Alimony Divorce: Is Your Ex A High-Conflict Personality?