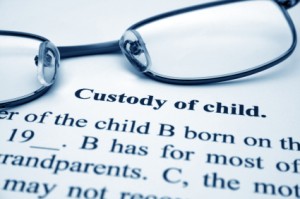 The couple has made at least one court appearance and it’s been leaked that a judge may have recently ordered a parenting evaluation to start sorting through the matter. This move appears not to be sitting well with Frankel, however.

“Bethenny is furious that her parenting style and methods are going to be questioned,” sources confirm, adding, “Bryn is her whole life, and she doesn’t want anyone to assess her mothering skills .  .  . She does not want a complete stranger to come into her home and pass judgment on the way she nurtures.”

Frankel and Hoppy are divorcing in New York City where they reside. However, what if their case were to take place in New Jersey?

To decide matters of child custody in New Jersey, most parents will first try to work out their own arrangements for child custody through mediation. If parents are unable to agree on a plan after mediation, or if mediation is not recommended as is generally the case in families where there is a history of domestic violence, the matter will then go before the court.

At the hearing, a judge typically asks each parent to submit a proposed custody arrangement and/or parenting time plan. Additional information may be ordered by the court at this same time, including psychological evaluations of all involved children, and other expert testimony that may be helpful. After all necessary information is submitted and evaluated, the judge is then able to approve one parent’s plan, reject both parents’ plans, and/or create an entirely new plan based on what is perceived as the child’s best interests.

What can you expect in your child custody matter? New Jersey courts tend to favor plans featuring shared parental responsibility and frequent contact between a child and both of his or her parents as what’s best for most kids, though individual family circumstances are always taken into account. The child custody plan a judge deems appropriate takes in many factors, including:

In Frankel and Poppy’s case, the two could still reach an agreement on custody out of court. The pair made a court appearance this week related financial disclosure matters and attorneys proposed a confidentiality agreement to be signed to protect the couple’s privacy as their divorce moves forward, including any future discussions about child custody.