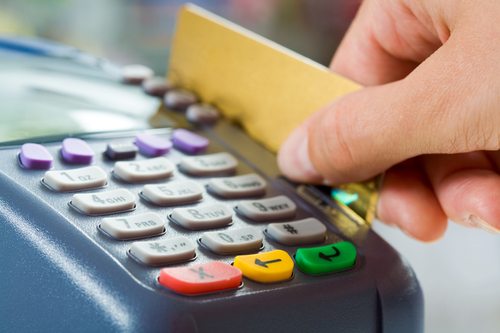 Have your spouse’s shopping habits spun out of control? Here’s how to tell if your spouse is a compulsive shopper, and what you can do to help your husband or wife address a shopping addiction…before it puts your marriage in danger.

Compulsive Shopping Is An Addiction

Compulsive shoppers – an estimated 5.8% of the U.S. population — are usually secretive about spending, sometimes to the point of bankruptcy. Blind-sided spouses might not learn the full extent of the couple’s financial situation until credit cards are declined, cars are repossessed, and the house is mortgaged to the hilt.

Phases of the compulsive shopping cycle:

How To Stay Married When Your Spouse Is a Compulsive Shopper

Living with a compulsive shopper can feel like living with an alcoholic, with money in the place of booze. You may find yourself hiding credit cards, throwing out catalogues, and combing the house for hidden purchases. You may turn into the Money Police, lecturing your spouse about spending and trying to enforce a budget that is never followed. Not only does this approach not solve the problem, but it also makes it worse as the compulsive shopper becomes more secretive about spending. Constant anxiety and fighting about money can erode a marriage. Read on for six tips on how to safeguard your relationship – and your assets – from compulsive spending.

Couples therapy. In couples therapy, you will learn to explore relational issues that are contributing to the problem: power imbalances, ineffective communication, codependence. If money problems have been kept a secret, the couple must work through betrayal. It’s common for the non-shopper spouse to become The Police, which then makes the shopper more furtive and resistant to treatment. Both parties must take accountability for their own behaviors while focusing on the health of the couple as a goal.

Individual therapy. In individual therapy, the shopper will explore issues underlying the urge to shop: what void is this filling? What is the shopper trying to escape? Are there other addicts in the family? A therapist will teach the shopper to be aware of triggers, learn techniques to assist with emotional regulation, and develop coping skills to be used instead of shopping.

Psychotropic medication. A psychiatrist will diagnose and prescribe meds for any underlying mental illness such as depression, anxiety, OCD, and Bipolar Disorder. Medication can help control the mood disturbances and impulsivity that result in compulsive spending.

Debtors Anonymous. Based on Alcoholics Anonymous, this 12-step program helps shoppers abstain from new debt. A sponsor will work with the debtor to confront the extent of the problem, take accountability, and make amends to the people they have hurt by over-spending.

Spending plan. Because compulsive shopping is an impulse control disorder, the shopper must have limited access to funds, and no access to savings accounts, retirement accounts, investment accounts, or credit cards. The spouse, or another designated person, will give the shopper a monthly allowance. The shopper may pay for purchases with cash, check, or debit card only.

Addiction is always a family system issue. The addict’s life revolves around their drug of choice (in this case, shopping) and the spouse’s life revolves around obsessing about the addict. Blaming the other person will just keep each party entrenched in their positions. If couples can shift from seeing the other as the problem to viewing addiction as the problem, they can work together to turn a chaotic relationship into a healthy marriage.

Dealing with a spouse’s compulsive behaviors and addictions can put undeniable strain on a marriage. To explore your legal options, including reconciliation, we encourage you to speak with one of our compassionate family law attorneys. Please contact us today to schedule your initial consultation. There is no obligation and the information you share is completely confidential.

6 Signs Your Spouse is a Compulsive Shopper

Is Your Cheating Spouse A Sex Addict? 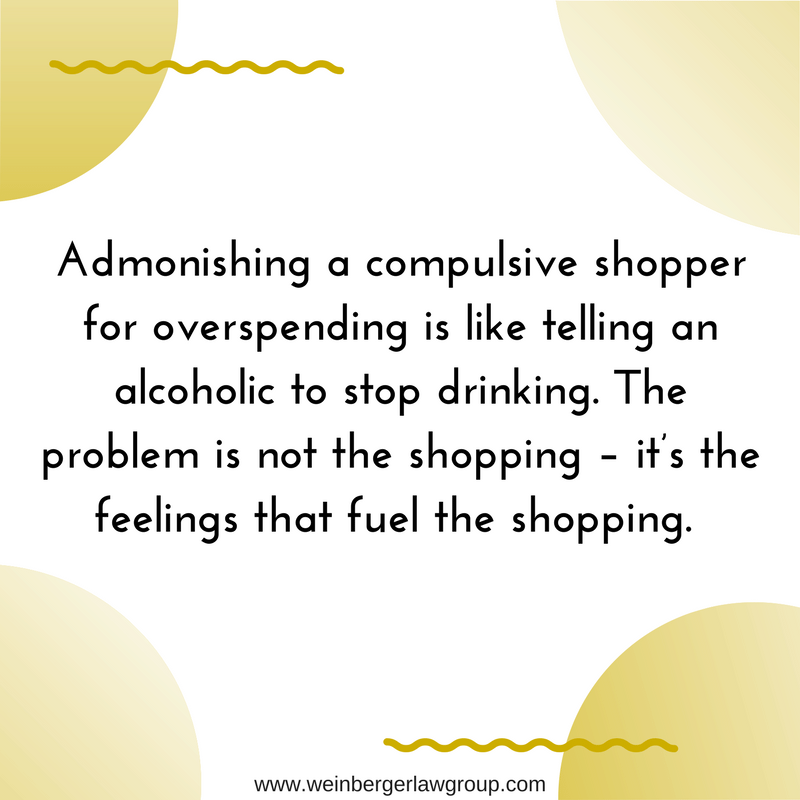 6 Signs Your Spouse Is A Compulsive Shopper

How Undocumented Immigrant Parents Can Safeguard Their Children