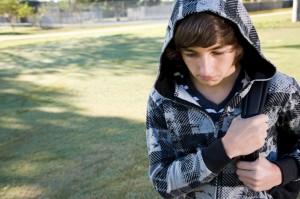 Is New Jersey child support about to undergo a fundamental change? With bill S-1046, allowing for the end of child support payments once the child reaches the age of 19 recently advanced by a Senate Judiciary panel, we appear to be one step closer.

New Jersey is one of only a handful of states that lacks a legally defined age for the automatic ending of child support orders. As you may already know from firsthand experience, it is often left up to parents to petition the court to have their payments stopped once their child reaches adulthood. If no motion is filed, the child support order may continue on indefinitely.

According to the New Jersey Law Journal:

Measure, S-1046, says that support would stop [at age 19] by operation of law unless another age for termination is specified in an existing court order; the parents and a judge agree that support can continue until another predetermined date; a judge agrees to order continue support based on an application filed by a parent or guardian of the child; or the support recipient is in out-of-home placement through the Division of Child Protection and Permanency.

A parent or child could ask that support be continued beyond age 19 if the recipient is enrolled in high school or another secondary program; is attending college or a postsecondary program full time; or has a physical or mental disability that existed before turning 19.

All arrearages that accrued before the child turned 19 would continue to be due and enforceable. The bill would not apply to child support arrangements or orders entered into in other jurisdictions.

The bill is sponsored by Sens. Shirley Turner, D-Mercer, and Nicholas Scutari, D-Union, the committee chair.

If you have been attention to the news on this lately, you may also recall that on March 10, the Assembly Judiciary Committee recommended passage of a similar bill, A-2721. The Assembly-sponsored bill allowed for a child to sue his or her parents to continue with child support after the child turns 19.

In the wake of the Rachel Canning case that coincidentally took place right around the same time, the Assembly’s bill drew criticism that this would pave the way for more cases like Canning’s to be brought before the Court.

The amended Senate version leaves out this language and explicitly requires that any actions for support continuation be filed by a parent or guardian.

What does this mean for your current child support order? While nothing has changed right now, if the bill does eventually become law, it may be that current orders are grandfathered in under past rules, or there could be a wholesale change to child support orders across the board, regardless of when they were put in place. This would mark a huge tide turn for our child support system, so please know that we are watching this issue closely and will post updates as they become available.

Ex-Husband’s Refusal Give Jewish Divorce ‘Get’ Called Act of Domestic... What is “Conscious Uncoupling”?