You are here: Home1 / Blog2 / Divorce - Family Law3 / “Right Of First Refusal” In Your Child Custody Agreement: What... 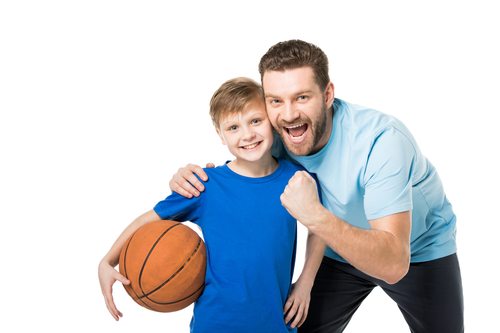 One parent having “the right of first refusal” is a clause that is often included in custody and parenting time agreements. If it shows up in yours, you may be wondering, what does it mean?

The right of first refusal actually has its roots not in family law, but in contract law. Contractually, the right gives a person the option to enter a business transaction with the owner of something before the owner is able to enter into a transaction with a third party. For lack of a better term, it is a lot like calling dibs. The property owner cannot do business with a third person without first asking the original person if they’d like to do business first.

So how does this work with the right of first refusal in child custody agreements? In cases involving children, parenting time and custody here in New Jersey, the right of first refusal typically means that one parent must first offer the other parent the opportunity to look after the child before contacting a babysitter or another family member to care for the child. And, while this seems reasonable and it is definitely common to see this included in parenting agreements, there is no legal right or guarantee that a parent will automatically have the right of first refusal. If parents cannot agree on this issue, the judge will make the decision based upon what is in the best interests of the child.

Take the recent, unpublished case of Ferrer v. Durkin. In that case, the father of two adolescent children argued that he had a constitutional right to have priority over his in-laws or any other babysitter or caretaker to have the children when their mother, his ex-wife, could not care for the children during her regular parenting time. The couple had divorced years earlier and had agreed to a 50/50 custody arrangement. The mother was a nurse, and sometimes was called into work during her time with the kids. On those dates, she reached out to her parents or to her former sister-in-law to watch the kids.

The trial court judge found no case law to support the father’s argument that he had a constitutional right of first refusal and instead used the best interests standards to evaluate whether or not Mr. Durkin should be given the right of first refusal when the children needed a third party caretaker. Given the hostility between the ex-spouses and Mr. Durkin’s “interrupting and rude” behavior during the hearing, the judge did not believe that it was in the children’s best interests to impose a new parenting plan against Ms. Ferrer’s will.

To the appellate court, who ultimately made the most recent decision in this case, Mr. Durkin admitted there was no precedent for the right of first refusal that he was seeking, but he argued that the trial court misapplied the best interests standard. Mr. Durkin believed that it was in his children’s best interests to be with their father while their mother was at work. But, the appellate court disagreed, stating that such a right of first refusal arrangement between parents would necessarily require a high level of respect and mutual cooperation that this couple simply did not have. The court agreed that it would be in the children’s best interests to continue in the current arrangement that was well-defined but amenable to both mom and dad.

What do you think? Should a parent always be guaranteed a right of first refusal to care for the children? Does the past and current relationship of the parents matter?

If you have questions about your child custody agreement, please contact us today for an initial confidential consultation with one of our family law attorneys.

5 Rules for Successful C0-Parenting After Divorce