You are here: Home1 / Blog2 / Divorce - Family Law3 / The Problem With Being Too Nice In Your Divorce 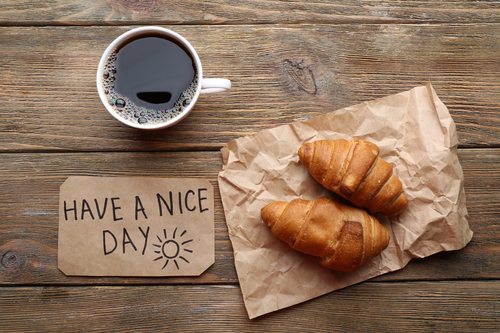 While everyone should strive to have an amicable divorce, being too “nice” can lead people to make bad decisions. For some, being nice isn’t truly about generosity or fairness; it stems from a desire to avoid conflict, or to ameliorate guilt.

Does this sound like you? Whether you are by nature a people pleaser, or you want to make up for some bad behavior, or you simply want to fast-forward to your post-divorce life, it’s imperative that you think through the ramifications of any decision you’re considering during the divorce process. Failure to do so could result in irreversible long-term consequences that can hurt you and your children. Let’s take a look at some of the divorce pitfalls that occur when people make the mistake of being too “nice.”

Letting your spouse keep the house. This idea only works if the buy-out price is fair and the spouse staying in the family home can afford the mortgage and up-keep. Mothers think that their children will feel more stable if they can stay in the family home. Both spouses may assume that the house can be sold if the person keeping it needs cash. But with real estate markets being fickle, there’s no telling how much equity — if any — will be recouped, especially if the new owner has to sell quickly. It’s far better for kids to live in an apartment than to live under a dark cloud of impending financial disaster because Mom struggles every month to pay the mortgage or can’t afford a new roof during rainy season.

Paying too much support – or accepting too little. Whether they’re trying to assuage their guilt over leaving the marriage, or simply hoping that money will buy cooperation, some spouses may pay alimony and child support over guideline. This may not seem like a problem until the paying spouse loses a job, and can’t make the payments. Similarly, a spouse entitled to lifetime support may not take it, only to suffer financial devastation in an unforeseen circumstance such as a serious health issue.

Not getting the full financial picture. Some spouses forego the discovery process because they’re afraid of being aggressive. However, when there are sizable assets, or one spouse let the other handle the finances, it’s important to retain a forensic accountant. Being afraid to rock the boat can prevent you from getting the financial settlement to which you – and your children – are entitled.

Not finalizing the custody order. This often happens when couples opt for a “just between us” divorce, or stall during the dissolution process. Failing to enforce a custody order can leave one parent with less custody than they want. Example: always Mr. Nice Guy, Ben let Marla dictate the visitation schedule until the kids were spending most of their time with her. Although she had promised him shared custody, Marla eventually sued for – and won — primary custody, because a precedent had been set.

In divorce, be sure to ask for what you deserve, especially when children are involved. As co-parents and as individuals you are modeling how to resolve conflict and assert yourself appropriately. You don’t want to teach your kids to be doormats, or show them your desire to avoid conflict in the present caused you to sabotage your – and their — futures.

Have questions about your divorce, and what’s truly in your best interests? Please contact us to schedule an initial consultation with one of our skilled family law attorneys.

Divorce: Do You Really Want To Keep The House?

The 5 Worst Pieces Of Divorce Advice For Women