You are here: Home1 / Blog2 / Divorce - Family Law3 / Kim Kardashian Just Asked A Judge to Be Declared “Legally Single” — How I... 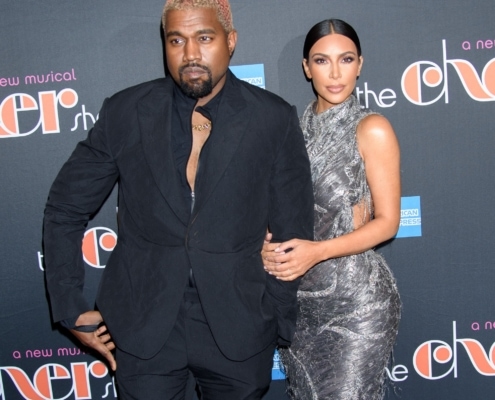 Kim Kardashian filed for divorce from Kanye West in February. Less than a year later, Kardashian is back in court to ask a judge to declare her “legally single” amidst the couple’s ongoing divorce proceedings.

What Kardashian is requesting is a legal tactic called a “bifurcated divorce” that enables a judge to issue a judgment that dissolves marital status while setting aside custody, asset division and other potentially time-consuming issues to be resolved at a later time.

Bifurcated divorce is an option available in New Jersey in certain divorce situations. Is this type of divorce right for you? Here’s what you need to know.

What is a bifurcated divorce?

A bifurcated divorce occurs when issues in a divorce case are addressed in separate judgments. Bifurcation allows spouses to obtain an early judgment to terminate the bonds of marriage and/or uncontested issues, while setting aside contested issues that take more time to complete.

In Kim Kardashian’s bifurcated divorce motion, The SKIMS founder, 41, filed court documents on Friday, asking to separate issues of child custody and property from her marital status, according to People.com. Additionally, Kardashian asked to have her maiden name restored.

If her motion is granted, Kardashian will no longer be considered married. She and West will then be able to return to the courtroom at a later point to settle their other custody and property issues.

Who needs a bifurcated divorce?

Divorce can be acrimonious and expensive and take years to finalize when parties dig in for battles over custody, financial support, division of marital property and other issues. At the same time, issues involved in the couple’s divorce may be complex and time-consuming (i.e., business valuations) and simply may take more time and effort to get right.

Common issues “reserved” for later judgment in a bifurcated divorce include:

Giving the couple a way to legally end their marital status can provide immediate relief as these other issues are set aside and worked out with the time and attention they require.

How do you get a bifurcated divorce in New Jersey?

New Jersey is stricter than most states in deciding whether a bifurcated divorce can be sought. According to the New Jersey Supreme Court, bifurcation of divorce is prohibited “except in the most unusual and extenuating circumstances.”

Possible grounds for a bifurcated divorce in New Jersey include:

If you are experiencing one or more of these issues, talk to a family law attorney about whether a bifurcated divorce would be to your advantage.

In Kardashian’s case, having her single status and marital name back are most likely a priority to help her “move on to her next chapter” even with custody and property still left to finalize. Given dating rumors between Kardashian and comedian Pete Davidson, being legally single may be something personally important to the star. It was speculated that Kardashian and West had a prenuptial agreement. However, during their marriage, Kardashian and West both launched new ventures, pointing to the possibility of complicated asset negotiations that could take considerable time to decide.

There may be other factors in Kardashian’s desire to get her marital status settled. In recent months, West has made repeated public pleas to get back together with Kardashian West, making statements that he still wants to be with her and that, “she’s still my wife.” West has also denied seeing any divorce papers. With her filing for a bifurcated divorce, Kardashian appears to be making her intention clear.

Are you bogged down in dissolving your marriage and wondering if a bifurcated divorce is an option? Schedule a strategy session with one of our highly skilled family law attorneys and get an analysis of your case and a concrete action plan. Call us at 888-888-0919, or please click the green button below.

When Art Imitates Divorce: The Splitting of An Art Fortune Has Lessons for The...