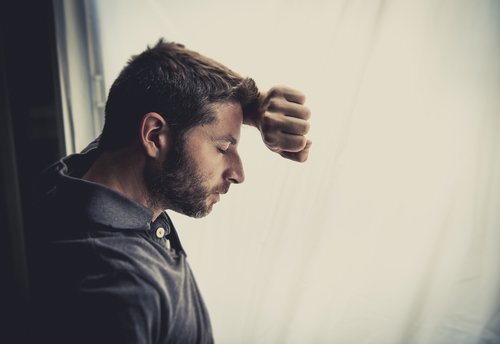 Most people go through a grief process after divorce, but if you’re stuck in the “coulda, woulda, shoulda” phase, it’s a sign that you haven’t accepted the fact that your marriage is over.

Wondering if you might have saved your relationship if you’d done things differently won’t change what happened. It will, however, keep you from moving forward. Read on to learn how Kyle, a history professor, finally made peace with his past — and how you can, too!

When news of Kyle’s affair reached family, colleagues, and friends, everyone was shocked. A popular history professor at a prestigious university, Kyle was known for being an adoring husband to his wife Lisa, and an involved father of their twins, Jackson and Emma.

What people didn’t realize was that Kyle was a people-pleaser who couldn’t stand conflict. Growing up in an alcoholic home, Kyle learned to squelch his own feelings and needs in order to placate his abusive father and protect his mother and younger siblings. In a vain attempt to get his father’s approval, Kyle became a star athlete and student. Nothing he did ever satisfied his father, which kept Kyle on a never-ending quest to gain self-esteem by making others happy.

Kyle married his college sweetheart Lisa, a vivacious, strong-willed photographer. Like his father, Lisa was punitive and withholding when she didn’t get her way, and Kyle spent the entire marriage twisting himself into a pretzel trying to be the perfect husband and father. Kyle had always been monogamous – until he met Monica, a younger associate professor who had just joined the faculty of his history department. Monica looked up to Kyle, and would appear at his office during breaks, or after hours, just to chat.

Monica seemed in awe of Kyle’s intellect and finesse at navigating university politics. Kyle got hooked on the experience of being admired by an attractive younger woman. Eventually, his collegial relationship with Monica became sexual.

When Kyle started dressing stylishly and went MIA for long chunks of time, Lisa began to suspect an affair and confronted him. Kyle insisted there was no other woman – until Lisa intercepted a flirty text message on his phone from Monica.

Lisa was understandably shocked and angry; she insisted he break off the affair if he wanted to stay married. Kyle promised to end things with Monica, but Monica was tenacious about pursuing him. She insisted they were soulmates, and that she could make him happier than Lisa. When Lisa found out Kyle was still seeing Monica, she took a scorched-earth approach, bad-mouthing him to the children and hiring a shark attorney.

Kyle was devastated, not only by the idea of losing parenting time with his children, but also by the damage done to his relationship with them. He broke things off with Monica for good and pleaded with Lisa for another chance, but she was through, and told him to get an attorney. Lisa insisted Kyle move out of the house, which he did against his attorney’s advice.

Kyle’s attorney warned him that Lisa’s attorney could make a case that Kyle abandoned the children; and, depending on how long the divorce went on, Lisa could argue that she was entitled to a larger stake of equity if the value of the home increased once Kyle moved out. Kyle hoped he could calm Lisa down – and stop her from poisoning the kids against him — by agreeing to her demands. He moved out of the family home, which meant he had to pay rent on an apartment as well as half the mortgage. Lisa countered by doing exactly what Kyle’s lawyer had predicted: she filed for sole custody of the children, claiming Kyle had abandoned them. Property values rose, which meant Kyle would lose more money than he expected buying Lisa out of the house.

Lisa’s wealthy parents financed her divorce, enabling her to keep fighting. Crushed by paying for two homes and mounting legal fees, Kyle acquiesced to most of Lisa’s demands. He received far less than 50% custody, making his child support payments higher. He lost equity buying Lisa out of the house – the house that, per court order, he could no longer step foot in when he picked up and dropped off his children.

Devastated by Kyle’s rejection, Monica began stalking him, pleading with him to resume their relationship. His job had always been a source of self-esteem; but now, Kyle dreaded stepping foot on campus. Every time he saw her, he was reminded of what he’d lost: if only they’d never met, if only he’d resisted her advances, if only his family was back together.

Kyle “if only’d” himself into a clinical depression. He struggled to function at work, and was too mired in shame to enjoy visitation with his children. His best friend urged him to see a therapist so he could learn to cope with his divorce. With the guidance of his therapist, Kyle began to unpack his lifelong people-pleasing baggage. His therapist, Eric, helped him understand that what happened was actually inevitable: his pathological need to make everyone happy created a profound sense of deprivation that made him susceptible to Monica’s attention.

If Kyle had been able to ask Lisa for what he needed, and even more important, tolerate the anxiety of setting boundaries with her, he might have said no to Monica. Eric counseled Kyle that he needed to be accountable for his actions – and, he needed to stop marinating in remorse. He couldn’t change his past, but he could change the way he acted in the present, which included paying attention to his needs, learning healthy communication skills, and setting and maintaining boundaries.

Now that he understood the long-term consequences of being Mr. Nice Guy, Kyle

resolved to be a good role model to his kids. He began to say “no” when Lisa asked for last-minute changes to the visitation schedule, or insisted he pays half of extracurricular activities for the kids that he’d never agreed to.

When his children asked him why he “left” them, the way Lisa said, Kyle decided to tell them the age-appropriate truth. He acknowledged the infidelity (Lisa had already told them about it anyway) and explained that he’d tried, but was unable, to repair his relationship with their mother. He apologized for the impact his poor choice had on their lives and urged them to come to him directly with any questions or concerns; he was the authority on his life, not their mother, and it was time they began communicating with him in a healthy way. Kyle assured the twins that while he wouldn’t tolerate bad behavior, he would never get angry with them for expressing their feelings.

Over time, Emma and Jackson began to separate their mother’s opinions of their father from their own. When they turned 14, the twins told Lisa they felt the custody arrangement was unfair and they wanted to spend 50% of their time with Kyle. Lisa refused to modify custody, but this time Kyle didn’t back down. His attorney filed a motion for modification of custody. Lisa contested it, but the children were old enough for the judge to take their preferences into consideration. The court ruled that an equal custody split was in the children’s best interests, and awarded Kyle 50% custody.

Once Kyle understood his maladaptive behaviors and patterns, he took steps to correct them. What was once the worst thing about his life – his divorce – became the event that turned him into an adult who made conscious choices, teaching his children how to do the same in the process.

Read more: How To Turn Your Divorce Despair Into An Opportunity For Growth

Have questions about your divorce? Child custody? Spousal support? To speak with a family law attorney and learn about your rights and options, contact us to schedule a consultation. Secure your future and your peace of mind. Call us today at 888-888-0919 or click the button below.

Divorce Dilemma: Can I Afford To Keep The House?

Co-Parenting Dilemma: When Your Child Complains About Your Ex