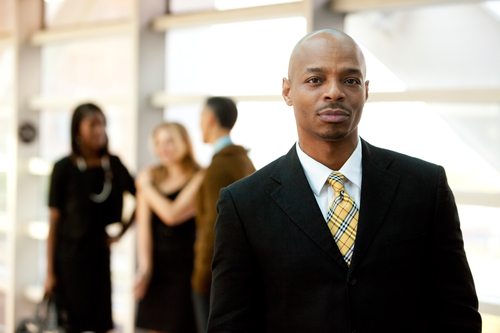 In our recent blog on the 7 Emotional Stages of Divorce, we examined how coping emotionally with divorce is a natural process that passes through several different stages, much like grief. For an example of what to expect, let’s take a look at Sam coped with and survived this significant and complicated restructuring of his life.

Sam’s marriage blew up when his wife Jennifer, a stay-at-home soccer mom, discovered he was having an affair with a business associate. Sam broke off the affair and begged Jennifer for forgiveness, but she couldn’t overcome the betrayal and filed for divorce.

Stage of Divorce: Shame. Sam felt intense shame for cheating on Jennifer and breaking up the family that all their friends believed was “perfect.” He had justified having the affair because he felt unappreciated at home, but now realized that he was the one who didn’t appreciate what he had.

How Sam coped: at a friend’s urging, Sam joined a men’s divorce group. For the first time in his life, he allowed himself to be truly vulnerable. He shared how devastated he was by destroying the most important thing in his life. Sam found solace in a group of men who didn’t judge him and who shared similar stories. Confronting his shame, instead of burying it, helped Sam take responsibility for his behavior and resolve to be a more committed father going forward.

Stage of Divorce: Loss. Sam felt unmoored by the loss of his intact family. When he was married, he complained that Jennifer was too demanding and showed up for parenting when it suited him. Losing his family made Sam realize that what sounded like Jennifer’s demands were actually attempts to get him to be a more involved husband and father. Now that Sam wanted to be a better family man, it was too late.

How Sam coped: Sam vowed to prioritize parenting and change his work schedule so that he was always home to cook dinner and put the kids to bed on his timeshare days. He chaired the fundraising committee at his kids’ school so he could become more involved with the school community. He also strengthened his bond with his children by spending an hour of one-to-one time with each of them on the weekends.

Stage of Divorce: Fear. Sam’s biggest fear was losing control: of his finances, his image, and his relationships with his children. He was used to getting what he wanted and was unpleasantly surprised to learn that family law, to a great degree, now controlled his finances and access to his children.

How Sam coped: Sam talked to members of his divorce support group to find out how the other men dealt with fear. He learned that that the only way to deal with fear was to accept that he couldn’t control Jennifer or family law; the only thing he could control were his own choices. Over time, focusing on what was within his control lessened his fear.

Stage of Divorce: Anger. At first, Sam felt anger at family law. He was angry that he had to give Jennifer half of what he owned, that he didn’t get the parenting time he wanted, that his lawyer didn’t get him the deal he thought he deserved. He felt so consumed by anger and resentment, that he found himself compulsively sending Jennifer hostile emails and yelling at her in front of the kids – behaviors that were then recorded in court documents. His lawyer told him if he didn’t get a handle on his anger, it could affect his parenting time.

Stage of Divorce: Envy. Sam was used to “having it all.” Now that he didn’t, he envied his friends’ in tact families. His envy turned into bitterness and he began avoiding social functions or even watching TV shows about families.

How Sam coped: Sam read The Four Agreements, a book designed to help readers change unhealthy patterns of thinking and behaving, and learn how to manifest love and happiness in their lives.

Stage of Divorce: Stress. Sam’s unhealthy coping mechanism for dealing with divorce stress was to overeat and work compulsively. His doctor told him he needed to lose 25 pounds and exercise regularly to avoid the heart disease that ran in his family.

How Sam coped: Sam worked with a personal trainer who put him on an eating and exercise plan. Losing weight and getting in shape made Sam feel stronger mentally and physically so he could better deal with stress.

Stage of Divorce: Destabilization. Without the traditional structure of his former life, Sam felt destabilized. His affair partner wanted him back, but he no longer wanted her now that he could actually have her. The things that used to motivate him – making money, cultivating an image – now seemed meaningless. He wasn’t sure who he was or what he wanted.

How Sam coped: Sam applied business practices to his personal life. He wrote a mission statement listing his values and what steps he was going to take to live according to them. This helped him feel a sense of purpose and enthusiasm for creating a meaningful life.

Talking with an experienced and compassionate family law attorney is another great way to feel in control of your situation. Strategizing your legal plan of action for your divorce, with an attorney who understands your specific goals and expectations sooner rather than later, removes another source of stress. Learning all of your options, gaining knowledge about the law as it applies to you and your family and finding an ally who will fight for your best interests is invaluable.

Next up: read about this same divorce from the perspective of Jennifer, Sam’s wife.

If you are ready to take that step, please contact us to schedule your confidential consultation with one of our divorce and family law attorneys. Our compassionate attorneys are ready to assist you in securing your future and protecting your family, now, and into the future.

Coping With The 7 Emotional Stages Of Divorce