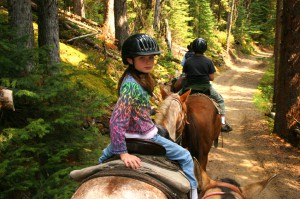 When parents negotiate over child support payments, one issue that can cause a snag is figuring out how to share expenses involving a child’s extracurricular activities above and beyond typical education-related costs, including sports participation and private music lessons. What can sometimes happen is that one parent is more enthusiastic in encouraging the child to take part in a wide variety of different activities, or the parent wants to help the child reach a high level of mastery in a certain art or sport by signing up for private lessons and/or buying special equipment. The other parent, however, may love their child and want to see them take part in activities they enjoy, but at the same time, doesn’t share the same view on the level or type of extracurricular participation, and therefore does not want these additional costs added to child support.

How do the courts settle these kinds of differences between parents? END_OF_DOCUMENT_TOKEN_TO_BE_REPLACED

Jon Cryer, star of CBS’s long-running sitcom, Two and a Half Men, and one of the highest paid actors on TV, is being asked by ex-wife Sarah Trigger to increase his child support payments from $8,000 per month to support their minor son to $88,000 per month. END_OF_DOCUMENT_TOKEN_TO_BE_REPLACED

Have you been following the ongoing legal battle between recently retired NBA superstar Allen Iverson and his ex-wife, Tawanna? The latest development involves payment of back child support and whether or not Iverson can be made to pay all upcoming payments through 2026 in a single lump sum child support payment of $1,272,000. END_OF_DOCUMENT_TOKEN_TO_BE_REPLACED

What if Linda Evangelista lived in Montclair, New Jersey and not Manhattan? Calculating child support when high net worth parents’ ability to pay is not an issue is the case in celebrity divorce news.

When Evangelista was at the height of supermodel stardom, her face was everywhere. But now Linda Evangelista is back in the spotlight for a very different reason after last month, filing a child support application in Manhattan Family Court seeking $46,000 a month from Francois-Henri Pinault, current husband of Salma Hayek and, as we learned from court papers, the father of Evangelista’s 4-year-old son, Augusten James. In what could turn out to be the largest support request in Family Court history, the New York Post reports the majority of the $46,000 a month in child support would go to cover a 24-hour nanny and personal drivers for the child.

Is this reasonable? According to a Bloomberg Businessweek publication, Francois Henri-Pinault’s total compensation as CEO of PPR (a luxury brand corporation) was roughly $5.2 million in 2010, not counting stock dividends or returns on other investments, with his net worth estimated at approximately $11 million. Evangelista’s exact annual earnings are uncertain, but she is reported to be worth at least $8 million.

Evangelista is far from poverty, or even simply being middle class, but according to a Huffington Post analysis, the law may favor the former supermodel in this case. In New York, child support rules state that in high income cases where parental income exceeds $130,000, an award of child support should be based on the child’s actual needs and the amount required for the child to live an appropriate lifestyle.

Who is setting precedence for these kinds of high net worth conditions in divorce and child support cases? It’s another famous celebrity name with its own twist: Sean “Diddy” Combs. In Brim v. Combs, the NY Appellate Division held that the Family Court made a mistake in basing a child support award on the amount of support Combs was paying for another child from a different woman, and not on evidence of the child in question’s expenses, resources and needs. The court used the custodial parent’s testimony to provide evidence of the child’s actual needs — meaning that, in Evangelista’s case, her request for a 24/7 nanny, in light of her unconventional career, may be viewed as reasonable by a court. And while the request for personal drivers may appear excessive and frivolous to most, a judge may think they are necessary for maintaining Augusten’s lifestyle — and that his father should foot the bill, or at least contribute.

What if instead of Manhattan, Linda lived in Montclair, New Jersey? Under current New Jersey guidelines for child support requests, in situations where parents have a high net worth, she might still be able to get the nanny and drivers. In 2007, a child support claim involved another celebrity — former Giants’ defensive-end, Michael Strahan. His ex-wife’s appeal of the initial divorce judgment helped to clarify how child support is calculated in high net worth cases in New Jersey. According to an Appellate Division decision of the New Jersey Superior Court ruling in the Strahan v. Strahan case, where high-income parents whose ability to pay is not an issue, “the dominant guideline for consideration is the reasonable needs of the children, which must be addressed in the context of the standard of living of the parties. The needs of the children must be the centerpiece of any relevant analysis.”

Bottom line: even in New Jersey, it’s possible Linda could make a case for round-the-clock care for her son and someone to cart him around… but just make sure it’s not in a horse-drawn cart! While child support guidelines are more subjective in high net worth cases, the Strahan ruling also referenced New Jersey’s longstanding “Three Pony Rule”, a guideline that states “no child, no matter how wealthy the parents, needs to be provided with more than three ponies.”

But the question remains: how much will Pinault need to “pony up” for his son’s child support?