You are here: Home1 / divorce & religion 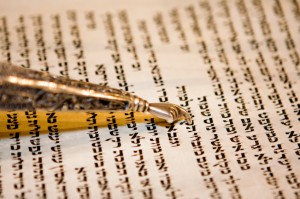 The complex interplay of faith and religion on divorce is perhaps no more readily visible than among followers Orthodox Judaism. END_OF_DOCUMENT_TOKEN_TO_BE_REPLACED

Jewish divorce laws are in the news again as one woman brings her fight to obtain a Jewish “get” from her husband to social media in hopes of publicly pressuring him to hand over the only document that, under the rules of Orthodox Jewish law, makes a divorce between a Jewish man and wife final.

What exactly is a Jewish divorce “get”? END_OF_DOCUMENT_TOKEN_TO_BE_REPLACED

The New York Times recently reported about the story of Lonna Kin, a 52-year New York woman who says she is being held hostage by ex-husband Meir Kin over his refusal to grant her a “get,” the document required by Orthodox Jewish law to legally end a marriage in the eyes of the Orthodox faith. According to intricate Jewish laws dictating marriage and divorce, only a husband has the power to grant a religious divorce. For the Kins, though their civil divorce was granted by a California court in 2007, without the get, Ms. Kin is now forbidden under Jewish law to remarry. END_OF_DOCUMENT_TOKEN_TO_BE_REPLACED 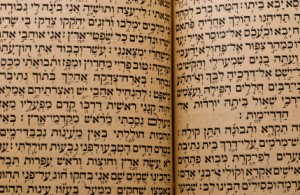 [Update 3/11/2014: According to Reuters, a New York personal trainer has plead guilty to being part of a New Jersey ring that used violence to coerce Jewish husbands to agree to grant their wives religious divorces, federal prosecutors said on Thursday.

David Hellman, 31, was one of 10 men, including two Orthodox Jewish rabbis, arrested last fall in the alleged scheme in which they hired themselves out to unhappy wives who wanted their husbands kidnapped and beaten until they agreed to divorce, the prosecutors in New Jersey said.]

Under the rules of Orthodox Judaism and certain other sects within the Jewish faith, getting a divorce is a two-fold process. There is the standard civil divorce process, which requires filing for divorce in family court the same as any other couple. And then there is a special form of divorce called a “get,” which under Jewish law must be in place for a couple to be considered divorced and able to remarry within their faith. END_OF_DOCUMENT_TOKEN_TO_BE_REPLACED