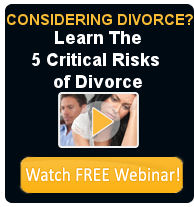 Resolved to move forward with your divorce in 2015? It’s not uncommon to consider the new year a time for a new life. January 1st has many taking first steps towards much needed changes in their lives. The first step typically taken when dissolution of marriage is desired is to file a Complaint for Divorce, essentially one spouse’s request for the court to grant a judgment of divorce. In the Complaint for Divorce in New Jersey, the filing party must provide the ground for divorce, or the reason (or reasons) why the marriage needs to end.

As you start to think seriously about filing for divorce, you should consider which of the following grounds apply in your situation, such as:

– 18 Month Separation: If you and your spouse have lived in different houses for 18 consecutive months or more, you may be eligible to file for divorce on the basis of separation. Because this is New Jersey’s other no-fault ground for divorce, you do not need to detail why you separated, but at the end of 18 months you will need to file a sworn statement that you and your spouse have been living separate and apart, in different houses, for 18 months or more and that you do not expect to reconcile. Be aware that living in the same house in different bedrooms does not fulfill this requirement.

– Extreme Cruelty: Prior to the implementation of Irreconcilable Differences, this was by far the most common ground for divorce in New Jersey, partly because extreme cruelty (despite the harshness of the wording) is subjective enough to cover both mild and severe forms of cruelty. For instance, extreme cruelty can describe a situation in which domestic violence is present, but it can also apply if one spouse simply feels that he or she has not received adequate emotional support for the past several months. When cited as a ground for divorce, extreme cruelty may be as expressive or understated as one would like it to be. However, it must offer enough detail to convince the judge that it would be unreasonable to expect the filing party to continue to live with and remain married to their current spouse.

– Adultery: If this ground for divorce applies, New Jersey requires that the complainant in an adultery divorce case state the name of the person with whom the extramarital affair was conducted. This person becomes known as “the correspondent” and will be sent a copy of the Complaint, which he or she can then dispute. If the correspondent’s name is not known, the person who files must give as much information as possible to describe this person. Evidence of adultery includes receipts for hotels and gifts, eye-witness accounts, photos, love notes and cards, and private investigator reports.

– Desertion: According to New Jersey divorce law, Desertion is different from Separation in that Separation requires “separate and apart” living conditions. Grounds on Desertion do not have to be separate and apart living conditions. This ground tends to arise when there is “willful cessation of sexual relations”.  Note the emphasis on the word  “willful” under this ground for divorce, which also can include “willful departure.” Desertion has a reduced time period too, requiring at least 12 months under its guidelines.

– Voluntary Addiction to Narcotic Drugs: Addiction is defined as a dependence on narcotics for a period of 12 or more consecutive months immediately preceding the divorce filing. If you choose this ground, you may need to provide evidence of the addiction.

– Habitual Drunkenness: As with drug addiction, drunkenness and alcohol abuse may be used as grounds for divorce. Evidence of alcoholism may also be part of your pleadings.

– Mental Illness: According to New Jersey statutes concerning divorce, this ground applies when one spouse has been institutionalized for mental illness preceding the filing of the Complaint.

– Imprisonment: If your spouse has been in a prison after marriage, this ground for divorce may apply in your situation. You can file a Complaint while your spouse is still in prison. If you wait until after he or she is released, you can still file using this ground, provided the two of you are no longer living together with the intent to reconcile.

– Deviant Sexual Conduct: This ground refers to sexual conduct engaged in by one spouse without the other’s permission or consent. The exact nature of the deviant sexual conduct is undefined under current New Jersey divorce law.

To learn more about starting the divorce process, which grounds to state in your Complaint for Divorce, or for general questions about divorce in New Jersey, please contact us.