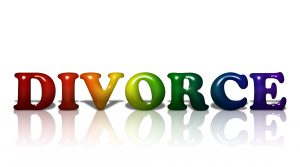 As we mark the 1-year anniversary of marriage equality in the United States, it’s a good time time to take a look at the state of LGBT divorce. Just like straight couples, some LGBT couples may ultimately decide to end their marriage in divorce. Given past difficulties with the law, however, many LGBT couples who plan to file for divorce may find themselves wondering if the well-established family laws apply to them and their marriage just as they have applied to straight marriages for hundreds of years.
Same sex marriage has been legally recognized here in New Jersey since October 21, 2013, the effective date of a trial court ruling invalidating the state’s restriction of marriage to persons of different sexes. LGBT persons in New Jersey have the same rights and responsibilities as heterosexuals. And, if the right to marry is afforded to LGBT couples, it stands to reason that so is the right to file for and be divorced in New Jersey
When it comes to property division here in the Garden State, New Jersey is an “equitable distribution” jurisdiction, meaning that property is divided by what is fair or equitable and not necessarily on a 50/50 basis. This approach to property division is applied to all dissolutions of marriage: straight or LGBT. Courts view marriages as businesses and evaluate what each partner brought to the proverbial table, what was contributed to the marriage (both financial and non-financial contributions) and what property was obtained before and during the marriage.
While property division laws may be clear when looking at the marriage date going forward, one issue commonly confronting LGBT partners who lived together as a committed couple for many years and then entered into a marriage at their earliest opportunity is whether or not a court will treat their union the same way it would treat a long-term marriage for purposes of equitable property division and alimony. The law is still evolving in this area.
Unlike opposite-sex couples who have been living together for many years and choose not to be married, same-sex couples in New Jersey had no other option but to live together without legal recognition. What about property the couple obtained during the relationship but prior to the marriage? New Jersey law states that generally, the only property that may be divided between spouses is property that was obtained during the marriage. This may prove difficult for spouses who believe they are entitled to a share of property that is only in one of the couple’s name and bought during the relationship, but before marriage.
Clearly, the timing of when to evaluate property as marital property in LGBT marriage is still a grey area with the courts. With more and more LGBT couples filing for divorce here in New Jersey, this question of how, when and where to apply equitable distribution laws to their property will continue to arise before our family court judges in the Superior Court. Following these cases closely and monitoring any new cases that change or clarify equitable distribution prior to same-sex marriage becoming legal in New Jersey will be crucial to staying informed about any changes.

Are you in a same-sex marriage and have questions about your divorce? We can help. To speak with one of our highly skilled family law attorneys, please contact us today to schedule your confidential consultation.

LGBT Child Custody: Who Gets the Kids?

LGBT Child Custody: Who Gets the Kids? Dear Mom & Dad: This Is How I Want You To Act Now That You’re Di...