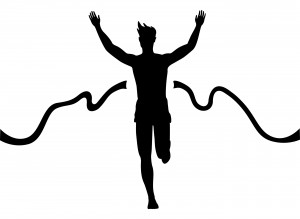 Over the past year, we have followed two couples — Sharon and Robert, and Jason and Melissa — as they navigated the process of getting a divorce in New Jersey. As we saw in our previous installment, both of our couples now have marital settlement agreements and both will soon be legally divorced. What are some of the important takeaways from their cases? In this final blog in the series, let’s a take a look.

What’s Similar: Both couples ended up with shared child custody, and both ended up dividing their property and debts fairly evenly. In both cases, alimony presented the most complex issue—but also in both cases, finding the right solution depended on focusing on New Jersey law and trying to address the real post-divorce needs and abilities of each spouse, as well as the needs of their children.

What’s Different: The biggest difference between the two outcomes? Attorney’s fees and stress levels. Robert and Sharon’s attorney’s fees and court costs ended up being four times the amount that Jason and Melissa expended on mediation and filing fees. While stress levels are certainly harder to quantify than financial expenditures, Sharon now thinks that the initial choices she made in hiring a very aggressive attorney and pursuing litigation very likely quadrupled the stress of her divorce as well as the monetary cost.

What about litigation? It is a difficult fact of divorce that litigation is sometimes necessary. Not all couples are able to achieve control over their emotions from the start, like Jason and Melissa did, or to eventually reach a good level of control like Robert and Sharon did. In situations where either or both spouses have very high conflict personalities, unaddressed mental health issues, or uncorrected poor lifestyle choices, mediation will not always successful. Continuing to pursue litigation at all costs, however, can be disastrous.

While you cannot control your spouse’s personality or choices, you can always control your own. Before charging ahead on the fuel of unresolved emotional pain, think twice. There might be an easier way. The mediation process encourages peaceful solutions and collaboration. If you are interested in trying mediation but your spouse is intent on litigating, read this post for some pointers on where to begin.

We hope this series has been helpful to you as plan for your own divorce. What questions do you have after reading these case studies? To get answers, and for an analysis of your situation, we encourage you to please contact us to schedule your confidential consultation with one of our family law attorneys.

New Jersey Divorce Chronicles, Part 13: Reaching A Settlement Prior History of Domestic Violence Must be Written into Restraining Order