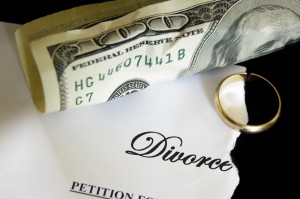 Divorce stirs up plenty of emotions, but a recent headline-grabbing divorce case in which a wife received a lowered divorce settlement for “badmouthing” her attorney husband and allegedly ruining his business reputation provides good reason why it may be best to keep negative feelings about your spouse under wraps.

The high profile case in question involves attorney Ira Schacter and former wife Janice Schecter, a prominent New York couple who have been locked in a divorce battle for the past seven years. Certain events in their family history, and their inability to resolve their matters led to frustration on the part of Ms. Schacter, who began speaking out to the press.

The Schacters were married for nineteen years and had two children, one of whom has profound hearing loss. The divorce began with a bang after a physical altercation between the spouses in 2007 that required police intervention and led to their both being arrested. She got a temporary restraining order barring him from their shared Manhattan townhouse; he filed for divorce. Her allegations of abuse were their first foray into the public eye.

Occasional articles in newspapers and postings on the Internet chronicled other low points of the divorce—for example, she complained that he had spent $200,000 on an engagement ring for a Playboy bunny (it didn’t last) while refusing to pay $12,000 for his daughter’s new hearing aids. The hearing aid story took on a life of its own, leading to Ira’s being named a contestant in the sarcastic “Lawyer of the Month” contest on the snarky scandal-watching website, Above the Law.

While to some this may seem like the unfortunate side effect of a bitter divorce, and something that just needs to blow over, Mr. Schacter claimed these allegations hurt business at his law firm.

The significance of this? The value of his law partnership was a key asset being divided in the divorce. Mr. Schacter filed papers claiming that if his business was worth less due to his wife’s actions in feeding the press with damaging stories, than she should get less in the divorce settlement.

When the matter was brought before the Court, a judge agreed.

In her ruling, Justice Laura Drager found that as a result of Ms. Schacter’s actions, instead of the 50-50 split she had been seeking, Janice should only get 17% of the $5 million value of the partnership — about $855,000. Judge Drager even included a remark in her ruling that Ms. Schacter “in essence…chose to bite the hand that fed her.”

The takeaway for the rest of us? Bitterness, whether justified or not, can be costly.