You are here: Home1 / Blog2 / Divorce - Family Law3 / Are You Sure Your Former Spouse Is Remarried? 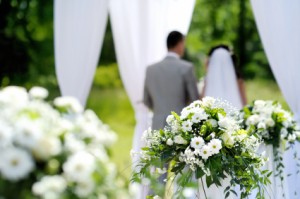 When an ex-wife or ex-husband who receives spousal support remarries, it almost always means an end to alimony payments. But before you stop the checks, check the marriage license, because, as this case proves, staging an elaborate wedding doesn’t always mean that an actual marriage took place.

That’s the difficult truth stock trader Andrew Left learned after a California appeals court ruled that a “wedding” ceremony between Left’s ex-wife and another man did not absolve the trader of nearly $40,000 per month in support payments because no actual marriage license was issued.

According to court papers, Andrew and Andrea Left were married in June 2001, separated in 2006 and divorced in 2008. Andrea left her career as a practicing attorney when she became pregnant with their first child in 2001. When the couple divorced, Andrew was required to pay $20,000 per month in spousal support and $19,000 for child support.

By May 2009, Andrea Left had become engaged to her physician boyfriend. Like any bride-to-be, she set a wedding date, mailed out wedding invitations, and even registered for wedding gifts. She also informed her children’s school she was getting remarried. At the ceremony itself, she wore a wedding dress and had an officiating rabbi. Guests testified afterwards that they thought the ceremony was celebrating the start of an actual marriage — nothing was said or done to make them think otherwise.

However, just before the wedding was set to take place, Andrea Left, concerned that she and her ex-husband still had unresolved support payment litigation to deal with, decided, in her words, “not to get married but to have a commitment ceremony instead.”  The difference between the two? A single piece of paper. “No marriage license was issued,” the court wrote. “Rabbi Asa, who presided over the ceremony, was aware that the parties did not have a marriage license. Andrea and Todd [her partner] did not enter into a valid marriage under California law.”

The appeals panel held that because Andrea did not remarry, Andrew is still responsible for support payments to his ex-wife. According to the National Law Journal, Left is considering fighting this latest verdict.

“No one knew she wasn’t married. I feel wronged,” he claims.

What’s the lesson we can learn here? There are a few takeaways:

1. Be suspect of a “destination wedding”, especially if it takes place out of state. Because of the red tape involved in obtaining a marriage license in a different state or country, what may look like a marriage ceremony is really not.

2. Let your attorney know about your former spouse’s plan to remarry. It’s helpful to look back over your divorce settlement as soon as possible to see what terms apply to ending support payments.

3. When you find out about your ex-spouse’s plans to remarry, keep your cool. Avoid making sarcastic or snarky comments about no longer needing to pay alimony. Don’t say it to his or her face — and don’t post negative comments on Facebook or Twitter. All this may do is provide your former spouse with the motivation for revenge.