You are here: Home1 / Blog2 / New Jersey Law - Child Custody3 / Filing for Custody? Make Sure You Picked the Right State! 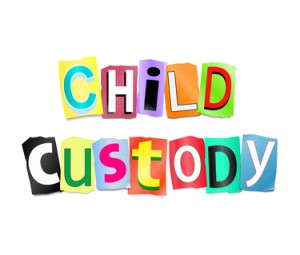 Live out of state and questioning your need to return to New Jersey to have your custody matter heard? The New Jersey Appellate Division, in a recent, unpublished decision, tackled the somewhat confusing New Jersey Uniform Child Custody Jurisdiction and Enforcement Act (UCCJEA), which determines whether New Jersey or another state has jurisdiction to hear custody matters in its courts.

In C.G. v. A.D. , the defendant mother appealed a June, 2014 order from New Jersey that ordered her to engage in therapeutic intervention to aid her parenting time with her then eight-year-old daughter. The mother challenged the intervention of the New Jersey court, because she already had a custody order from Delaware that made no mention of the need for therapeutic intervention. The child was living with the mother in Delaware for approximately 5 years, but had temporarily moved to New Jersey due to the mother’s medical condition.

The New Jersey court essentially ignored the Delaware order and, according to the Appellate Division, did not make the proper analysis regarding whether or not New Jersey had jurisdiction to enter any orders in this matter.

The appellate division indicated that the New Jersey judge entered its order without consulting with Delaware and therefore did not comply with the UCCJEA which was enacted to “avoid jurisdictional competition and conflict…” First and foremost, the New Jersey court must determine what state has jurisdiction, by determining what the child’s “home state” is.  The home state of the child is where the child lived on the date the case was filed or within six months before the starting of the case.

If you are considering filing for custody or parenting time here in New Jersey, but are unsure if the New Jersey courts are the right place to file, we can help you understand your rights and options. Please contact us today to schedule your initial consultation with one of our attorneys experienced in UCCJEA issues. 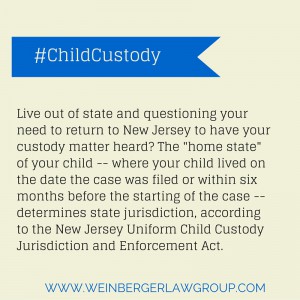