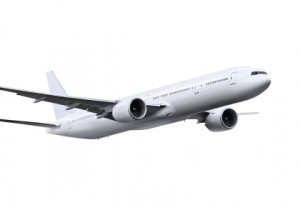 You may remember headlines back in April 2010 when Tory Hansen, an American woman who adopted a Russian boy, sent the child back to Moscow on a one-way flight accompanied by a letter saying the boy was disturbed, violent and she didn’t want him anymore. The incident created such an uproar that Russia temporarily halted U.S. adoptions.

The World Association for Children and Parents, which helped Hansen adopt, later filed suit seeking child support and damages on behalf of the boy, and has now won its claim. In a ruling handed down by Tennessee Circuit Court Judge Lee Russell, Hansen owes an outright sum of $150,000 for breach of contract, damages, and back child support, and must continue to pay an additional $1,000 per month in child support until the boy, who still lives in Russia and is now 10, turns 18 years old.

As for what this means for international adoption, World Association hopes this ruling shows still-leery Russian adoption agencies that “you cannot do this in America and get away with it,” says Larry Crain, an attorney for the adoption agency. Hansen did not attend court proceedings, has filed her own lawsuit against representatives of a Russian orphanage saying the Russian Federation Supreme Court annulled the adoption, thus eliminating any ability to claim child support. It is not clear if she will appeal Judge Russell’s ruling.

If you are considering international adoption, the good news is that this case is a rare exception and happy families are put together every day across borders and around the globe. For those ready to begin the process, working with a qualified international adoption agency is a must, but so is finding a family law attorney who can help guide your through the legal adoption process. What to look for? The right New Jersey adoption attorney will be able to:

It Seemed Like a Good Idea At the Time: Three Ways to Get Back at Your Ex (and... The Medicaid Divorce: How Splitting Up (On Paper) May Protect Your Partners...