You are here: Home1 / Blog2 / New Jersey Civil Unions Domestic Partnerships3 / What Happens to Your Civil Union When You Marry? 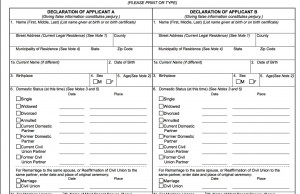 With same-sex marriage now legal in New Jersey for a little over a week, questions have been popping up concerning some of the finer points of couples obtaining marriage licenses, especially those already in civil unions or domestic partnerships. Here are some common questions we’ve been hearing:

Do I need to dissolve my civil union before getting married? As long as you are marrying the same person you are currently in a civil union with, the answer is no, according to the Office of NJ Vital Statistics. However, if you wish to marry someone other than your civil union partner, then you must have your civil union dissolved before you can enter into marriage with someone else.

What about those in domestic partnerships? The same. As long as you are marrying the same person you are in a domestic partnership with currently, you can go ahead and marry without taking steps to legally terminate the domestic partnership. As you can see on the portion of the New Jersey marriage license application shown below, all that’s necessary is for both applicants in section 6 to check the appropriate relationship and fill in each other’s names.

What happens to these relationships once you marry? Both civil unions and domestic partnerships remain in place, right alongside the marriage. This may not seem necessary, but as many marriage equality advocates note, if you move from New Jersey to a state where same sex marriage is still not recognized, your civil union or domestic partnership may still grant you some legal rights and protections if these relationships are recognized.

What questions do you have about same sex marriage in New Jersey? Please ask! 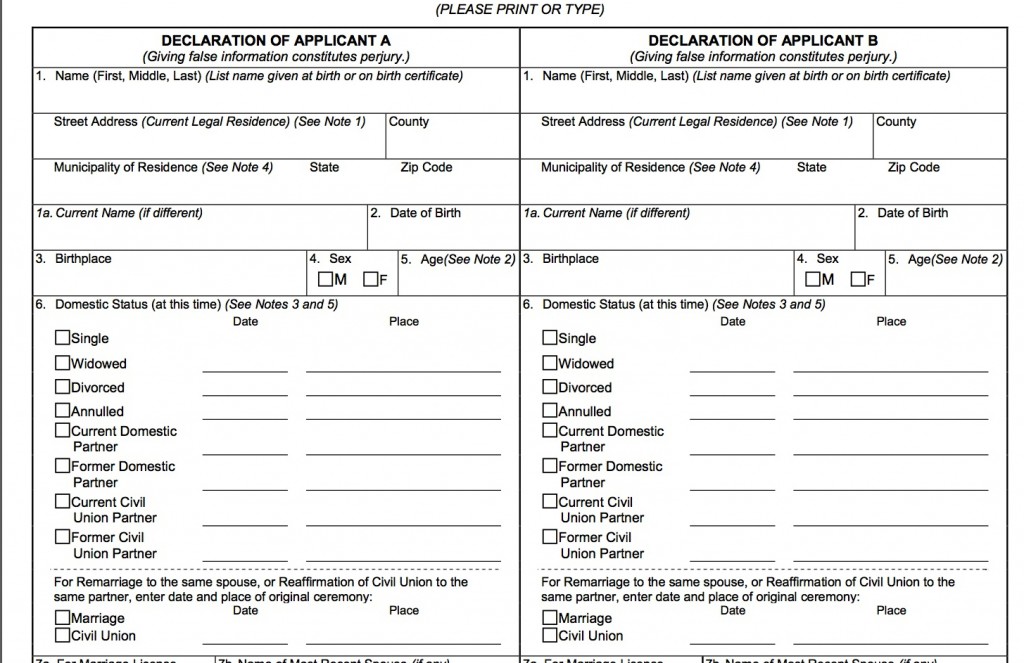