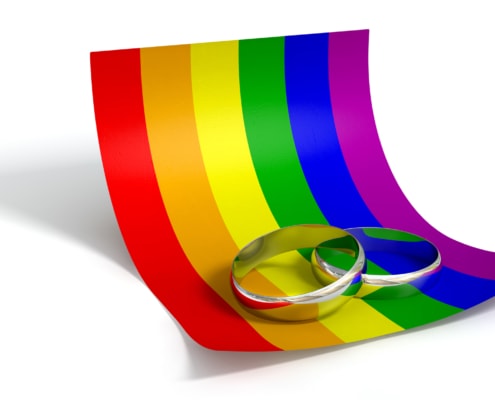 “Despite the progress we have made as a country, there is still much work to be done to protect the LGBTQIA+ community from intolerance and injustice,” Murphy said in a statement.

Court rulings are not the same as laws passed by legislative bodies as the door is left open in court “case law” for other court actions to overturn past rulings. (Roe v. Wade is an example of this as courts can sway in their judicial findings.) As NorthJersey.com explained about the importance of this new law:

It’s been a long a road for LGBTQ couples in New Jersey as well. Same-sex marriage has been legal since a 2013 court ruling. But the bill, freshly approved by Murphy, secures marriage equality as state law.

“If the U.S. Supreme Court was to do the unimaginable and overturn marriage equality, this would now have no bearing on this sacred right in our state of New Jersey,” he said.

The new same-sex marriage law removes this risk, firmly enshrining marriage equality as the law of the land in New Jersey.

Do you have questions about marriage, divorce, custody, adoption and other family law issues that LGBTQIA+ couples can encounter? We can help. Schedule an initial consultation today with one of our highly qualified attorneys to get answers to all your LGBTQIA+ related questions. Call us today at 888-888-0919, or please click the button below.

The Peter Pan Generation: How To Help Your Adult Child Transition To Adulth...

FIRE Divorce: What Happens When An “Financial Independence, Retire Early”...