You are here: Home1 / Blog2 / Divorce - Family Law3 / Non-Disclosure Agreements: Should Your Divorce Include An NDA? 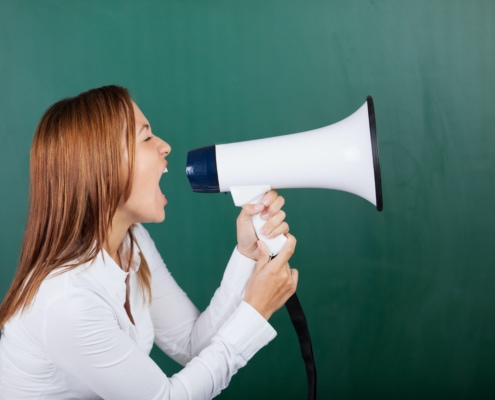 A non-disclosure or non-disparagement agreement (NDA) is a set of agreed upon rules that spell out what each party to the agreement can and can’t say publicly about each other. This includes public criticism and the airing of certain private details.

It’s been common for decades in celebrity marriages for spouses to enter into a non-disclosure agreement (NDA) in the event of a divorce as a way to limit negative press coverage and preserve reputations.

In the social media age we now find ourselves in, however, an NDA may be a good idea for almost any divorcing couple. On Facebook, Youtube and other social channels, angry exes have an all too easy way to publicly vent, rant and level accusations (whether true or not).

If this happens in your divorce, you may find yourself being “tried” for the divorce in the court of public opinion. You don’t have to be a celebrity for this to have very real consequences for your personal life, career, and relationships with your children.

Given these risks, it’s a good idea to understand how and when to enter into an NDA and the terms one should cover.

Do you need an NDA in your divorce?

In helping you determine if an NDA would be beneficial in your situation, consider the question: How harmed would you be if your ex publicly aired your marital dirty laundry? Factors that can put you at higher risk for repercussions from privacy breeches include:

Most couples are not inclined to think about an NDA until they end up in a heated high conflict divorce and realize the need to protect their reputations and their children. However, As Bari Weinberger wrote in “NDA’s: When Can Divorcing Spouses Prevent Social Posting?” an article recently published by the New Law Journal:

The truth is, NDAs can be entered into long before divorce, or even marriage. Taking a page from celebrity relationships, prenuptial agreements are now more likely to include NDA language that provides future spouses with ground rules for what each can and can’t share publicly throughout the marriage or in the event of a divorce.

These clauses are sometimes nicknamed “social media prenups” for their increasing popularity since the advent of Facebook and other sharing sites. NDA clauses can also be part of a post-nuptial agreement or marital settlement agreement.

Working with a family law attorney is essential for making sure that your NDA follows legal guidelines for enforceable legal contracts. To stand up in court, NDA terms generally must be viewed as specific and contain no language considered against public policy. For example, if an NDA contains a term that prohibits either spouse from calling the police in an emergency, this could render the entire document invalid as it’s against public policy to prohibit getting help from the police when needed.

Next steps to protect all your private details

Wondering how an NDA could add an extra layer of privacy protection in your divorce? We can help. To schedule a confidential consultation with an attorney, please call us at 888-888-0919, or click the green button below.

Public Vs. Private Divorce: Cardi B Shows Why Divorce Privacy Is Worth Protecting

4 Lines To Never Let Your Spouse Cross in Divorce

Can You And Your Ex Make A ‘Nesting’ Custody Arrangement Work?