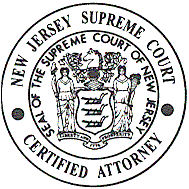 The New Jersey Supreme Court yesterday began hearing arguments in the alimony dispute of Elizabeth Gnall v. James Gnall (Gnall v. Gnall). For anyone with questions concerning how and when permanent lifetime alimony is awarded, and whether stay-home-spouses should be expected to resume their career in the event of divorce, this is a case to pay attention because its outcome could change how future alimony awards are decided.

Gnall v. Gnall centers around the 15-year marriage of Elizabeth and James Gnall. The Ridgewood, NJ couple married in 1993 and went on the have three children. At the time of the marriage, Elizabeth Gnall, who already held a bachelor’s degree in electrical engineering and master’s in computer science, worked full-time as a software programmer and systems analyst. She continued working until just before the birth of the couple’s second child in 1999. At the time she was earning approximately $115,000 per year. According to court documents, Elizabeth’s decision to become a stay-at-home mom was made with her husband’s assent. At the time, James was earning approximately $500,000 in annual income as a business accountant.

In 2008, Elizabeth Gnall (“the plaintiff”) filed for divorce. In 2009, the couple’s divorce ended up in court. Both parties were 42 years old and by this time, the income of James Gnall (“the defendant”) had grown to about $1.8 million per year. The couple’s divorce dispute centered around a disagreement over alimony terms — specifically whether Elizabeth Gnall should be awarded permanent alimony, given her established lifestyle as a SAHM and the difficulty of returning to work in the fast-moving computer industry after an almost 10-year absence, or limited duration alimony, due to her relatively young age, the relatively short length of the marriage, and her excellent educational credentials.

At the trial, the plaintiff argued that her computer programming skills were obsolete in the current marketplace, making job re-entry all but impossible without complete retraining. An expert hired by the defendant, however, asserted that Elizabeth Gnall could make $65,000 per year upon re-entering the workforce and approximately $115,000 per year shortly thereafter. The defendant also argued that given the relatively short length of the marriage (15 years), limited duration alimony and not permanent alimony would be the fairest outcome for all.

In the court’s decision, the trial judge considered the “relatively young” age of the parties, their good health and education, and the 15-year duration of their marriage, in concluding that, “the parties were not married long enough and are not old enough for defendant to be responsible to maintain that lifestyle permanently for plaintiff.”  The judge awarded the plaintiff 11 years of limited duration alimony at $18,000.00 per month. In that 11 year timeframe, the plaintiff would be responsible for obtaining needed retraining or otherwise figuring out her own financial future.

The Appellate Division agreed with the plaintiff that the trial court had not followed this approach in evaluating all factors. It also rejected what it called the trial court’s “bright line rule” that permanent alimony is solely reserved for long-term marriages of 25 to 30 years or longer duration. Writing for the Appellate Division, Judge Lihotz stated, “we do not intend to draw specific lines delineating ‘short-term’ and ‘long-term’ marriages in an effort to define those cases warranting only limited duration rather than permanent alimony.”

The Appellate Division also observed that the plaintiff could not earn enough to satisfy her monthly budget of $18,000.00, which represented the marital standard of living. Furthermore, for more than two-thirds of the marriage, the plaintiff functioned as the primary caretaker for the children and has primary responsibility for the children going forward. The parenting time schedule (alternate weekends and dinner on Wednesday) favors the defendant to conduct his professional life free of daily child rearing concerns. The same arrangement puts the plaintiff at a professional disadvantage.

In its ruling, the Appellate Division reversed the award of limited duration alimony and the matter was remanded (“sent back”) for an evaluation of an award of permanent alimony. Both parties appealed their matter to the NJ Supreme Court, which began hearing arguments in the case on November 12, 2014.

In the matter currently before the NJSC, the following issues are being argued:

It will be interesting to see what answers justices come up with in response to the many intriguing and important questions Gnall v. Gnall has raised. We are now awaiting the Supreme Court’s written opinion in what could be a groundbreaking ruling. In the meantime, you can learn more about New Jersey alimony reform by viewing our easy-to-follow summary of changes to alimony law as of September 10, 2014: