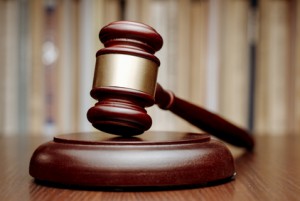 New Jersey Chief Justice Stuart Rabner made the announcement this week that Superior Court Judge Bonnie J. Mizdol will lead the Bergen Vicinage as Assignment Judge beginning May 1. Mizdol has served as the Presiding Judge of the Family Division of state Superior Court in Hackensack for the past seven years.

“Judge Mizdol is a wise and capable jurist with an impressive record and a clear vision. In light of her expertise and dedication, I have every confidence that the transition will be seamless,” Chief Justice Rabner said in a press statement.

Judge Mizdol was appointed by Gov. Donald T. DiFrancesco and took the oath of office on Feb. 6, 2006. She was reappointed with tenure by Gov. Chris Christie in 2013. Judge Mizdol has served on the family court bench since her appointment and was named Presiding Judge of the Family Division on Oct. 1, 2008. She served on the Judicial Council from 2010 to 2013 in her capacity as chair of the Conference of Family Presiding Judges.

“I want to thank the Chief Justice for his confidence in me and for the opportunity to serve the residents of New Jersey in this new capacity,” said Judge Mizdol. “I also want to thank Judge Doyne for his guidance and support as assignment judge. It will be a challenge to live up to the high standards he has set, but I am looking forward to it.”

Judge Mizdol succeeds Assignment Judge Peter E. Doyne, who is retiring after more than 22 years on the bench.

“Judge Doyne has been a tireless advocate for the legal system and the Bergen Vicinage,” Rabner said. “Thanks to his leadership, the vicinage is in a very strong position. We are grateful for his exemplary service and scholarship.”

Congratulations to Judge Mizdol on her new position, and to Judge Doyne, for his successful tenure of judicial service.

Got An STD From Your Ex? That’s Marital Tort When Faith & Religion Impact Divorce: The Jewish Divorce “Get”