You are here: Home1 / Blog2 / Divorce - Family Law3 / Estate Planning For Older Couples Getting Married the Second Time Around:... 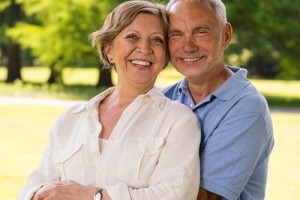 When older couples marry, especially when it’s marriage the second time around for both, certain legal issues can arise that require sorting out. One of the stickiest? Joining your assets in marital union only to then make estate planning decisions for any adult children involved. Will your spouse’s children have any claim to your estate? How do you legally protect your assets so that only your own adult children will have an inheritance claim? Let’s look at the case of Stan and Margaret to understand how a growing number of recently married couples in their senior years are using post-nuptial agreements to protect their estate plan — and their peace of mind.

Stan and Margaret met at the local senior center when each was in their late 60s. They both enjoyed travel and staying active, and over the years, romance blossomed, and finally, in their mid-70s, the two decided to get married. Each had two adult children. Margaret’s children still lived in New Jersey and had already gotten to know Stan before the wedding. They really liked each other and were happy their mother had found love in her senior years. Stan’s children lived on the West Coast and didn’t show up until the wedding ceremony. Margaret immediately noticed how distant they seemed from their dad. Stan had mentioned how difficult his divorce from his first wife had been and how he had been estranged from his children for several years.

The strain in their relationship was evident. Stan’s children barely spoke to Stan or Margaret at the wedding. After the reception, Margaret’s children reported that they heard Stan’s kids cracking jokes about “so which one of us gets the Benz when Stan finally kicks the bucket?”

Margaret couldn’t help it, she didn’t like Stan’s children. What’s more, the joke her children had overheard got her thinking about something very important: estate planning. What would happen if Margaret died first? Would all her assets, including her house, automatically pass to Stan? And if so, would that mean his adult children would have claim to her assets when Stan eventually passed? She thought about the will she put in place after her first husband died, which left everything to her own children. Would this be enough or did she need to do more now that she was married again?

Here are three important points for Margaret to consider:

Currently, No Matter What Her Will Says, Stan May Have a Claim: Under New Jersey inheritance laws (NJSA 3B:8-1), a surviving spouse has a right to take an elective share against the will of their deceased spouse up to one third of the deceased spouse’s estate. This would mean that Stan could make a claim on Margaret’s estate, even if she didn’t specifically name him in her will. According to NJSA 3B:8-1, he would have a right to one third of Margaret’s estate provided that, “at the time of death the decedent and the surviving spouse or domestic partner had not been living separate and apart in different habitations or had not ceased to cohabit as man and wife.”

Upon Margaret’s passing, there is no telling how Stan would react. He may tell her now that he will be fine, but he could then decide that he needs part of her estate to maintain his lifestyle. This could be especially true if Margaret is the wealthier spouse, or if the two have been living in a house owned by Margaret, and he would then have to pay for his own housing. It is also unknown whether Stan’s sons would try to influence their father to put in a claim on Margaret’s estate. Once the third of the deceased spouse’s estate is handed over the surviving spouse, it then becomes part of the living spouse’s estate. If Stan has a will saying all his money goes to his children, and he does not remarry after Margaret’s death, essentially, a good chunk of Margaret’s assets could go directly to the people she doesn’t want it to: Stan’s children.

A Post-nuptial Agreement Can Prohibit Claims of a Surviving Spouse: Post-nuptial agreements are legal agreements couples put in place after their marriage to plan for asset and debt division issues, typically in the event of divorce. However, post-nuptial agreements (also known as a mid-marriage agreements) can be used as an estate planning tool. In situations such as the one Margaret is facing, an effective way to prevent the surviving spouse from making a claim against the deceased spouse’s estate is to execute a post-nuptial agreement in which both spouses voluntarily give up the right to a statutory share of each others estate. A post-nuptial agreement can also spell out how much – or how little – of the other spouse’s estate (and assets) each will inherit. One important feature to note about post-nuptial agreements? Having a qualified attorney help you put one in place is required under NJ law since these documents are heavily scrutinized in the courts to ensure that full financial disclosure took place and other legal rules were followed. Your spouse will need his/her own attorney.

An Updated Estate Plan is a Necessity: With a postnuptial agreement in hand agreeing that she and Stan give up claims to each other’s estates (or whatever agreement they reach), Margaret can then go to her estate planning attorney and outline an updated will, including specific assets to be left to her children, and noting the presence of a legally enforceable postnuptial agreement. The postnuptial agreement is typically attached to the will so there is no doubt about its presence or wording. Since Margaret is concerned about Stan’s sons, she can also include language in her will specifically stating that Stan’s sons are not eligible to inherit from her estate. Stan should ideally update his own will at the same time to include language about the postnup and any other terms in the event he dies first.

The payoff for taking these extra steps? For Margaret, once she considered her options and moved forward with both a postnuptial agreement and updated will, she immediately knew that her peace of mind made this process well worth the effort. Once she explained to Stan what she was trying to do, and why, he understood and was relieved she had settled the issue before it could be a big issue in their marriage.

Are you about to enter marriage the second time around? Wondering how estate planning and postnuptial agreements could benefit your situation? Our attorneys are here to help. Please contact us for an initial consultation. 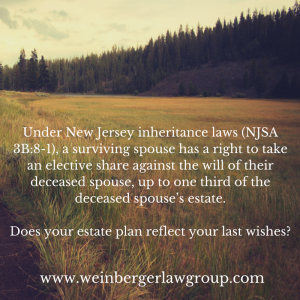