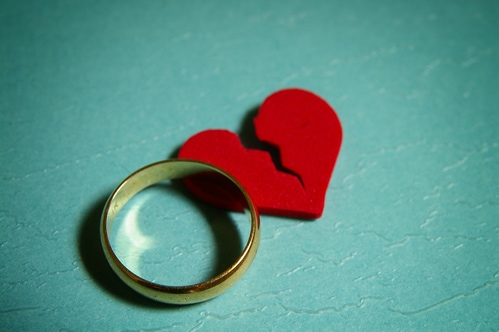 Wronged spouses everywhere have fantasized about taking their soon-to-be exes “to the cleaners” as punishment for having an affair during their marriage. The belief that one spouse will get more out of the marital bank account because of the other’s bad behavior is widespread. But under New Jersey family law, this belief is also a mistaken one.

New Jersey is an equitable distribution state when it comes to how money, debts and property are divided in a divorce. Equitable means fair and not necessarily 50/50 like in community property states such as California. Further, New Jersey does not take into account fault or a spouse’s bad behavior when making decisions regarding how to fairly distribute marital property.

For example, even if your spouse had a long-time affair, or even multiple affairs, the family court generally will not give you more out of the savings account or a bigger share of your marital home. Courts do not award one spouse for suffering through adultery and punish another for emotional mistakes. In fact, for the most part, courts do not like to get into the emotions of a divorce and instead treat the ending of a marriage more like the dissolving of a business or corporate partnership. Who brought what property into the marriage? Who contributed to the house? Who paid the mortgage? Did one spouse give up a career to raise the kids? These are some of the questions that courts examine when attempting to fairly apportion assets and debts to the couple during the divorce.

Spending Marital Money on the Affair: The Exception

The exception to judges in New Jersey shying away from fault based awards of money is if the cheating spouse spent marital money on the affair. For instance, if your husband lavished expensive gifts on their paramour funded by money out of your joint checking account or if your wife and her boyfriend took a vacation to Aruba using your joint credit cards, then they would be on the hook to return that money to the marital pot.

Again, the court ordering this money back into the marriage is not a penalty. It is a way to make the other spouse whole and a way to fairly address the marital assets. If the vacation never happened, then that money would remain in the marriage, subject to division. It is not fair to allow the cheating spouse to, in effect, get a larger percentage of the assets of the marriage.

As tempting as it is to want to clean out the accounts and rake your cheating spouse over the coals, this tactic is not the way to approach the divorce. It is always a bad idea to clean out accounts or start selling off marital property before or even during your divorce case as much as you may feel it is justified.

Discuss the issue with your family law attorney and advise them not only of the affair but of all your marital assets, debts and whether or not your spouse has used marital money to fund their affair. Your attorney will know how to proceed and the best advice to give you to ensure that all of your rights are represented strongly and fairly during your divorce.

Going through a divorce were there was infidelity can be emotionally draining. We understand and can offer the care and compassion and legal guidance you need to start moving forward. When the time is right, call us to set up your  confidential consultation at 888-888-0919 or click the button below.

How To Avoid Holiday Pitfalls With Your High-Conflict Ex

Can You Get A Divorce Do-Over?