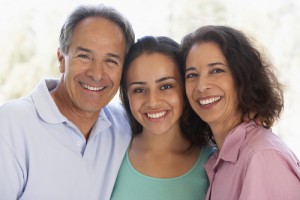 Can adult children be adopted? In New Jersey, the answer is yes. As a new court ruling shows, not only is adoption ageless, but adult children in New Jersey have the ability to pursue adoption even when their biological parents object.

In the recent unpublished case, the Adoption of an Adult by A.S.C., the appellate court in New Jersey found that a biological dad had no say in the adoption of his nineteen-year-old daughter, by her stepfather. The daughter, A.R.L., wanted her stepfather to adopt her after, according to her, years of emotional abuse by her biological father, which led to the total breakdown of their relationship. Her biological father attempted to intervene in the matter but the court denied this, stating that A.R.L. was a competent adult who had the ability to consent to the adoption. Because her biological father therefore no longer had say over her life’s decisions, and because A.R.L.’s stepfather was found to be of good and reputable moral character, the court upheld the adoption.

Why would an adult seek to be adopted? According to Chuck John, president and CEO of the National Council for Adoption, in a 2011 Today.com article, adult adoption appears to be on the rise in America. The most common situations he sees are indeed stepparent and foster parent adoptions of adult children who have lost or are estranged from their biological parents, similar to A.R.L. Likewise is the case of Charee Godwin-Smith and her husband Kerry, who adopted a 22-year-old marine named Billy, who she first met when he was 14 and living in a home for abused and neglected children. Charee worked there and they had an immediate bond. The relationship grew, and in 2010, their family formally welcomed Billy. Billy said that maybe for the first time in his whole life, he felt truly loved.

Emotion seems to be the cornerstone of these unique situations. “Adoption can help provide a feeling of stability, says Deb Castaldo, an adoption therapist in Englewood, N.J., and a faculty member at the Rutgers University School of Social Work, as quoted in the Today.com article.

“Why would someone want to do this as an adult? Many reasons. First, wanting to remove the stigma of not having a family, of not having a feeling of permanence,” she said. “You can imagine what it’s like for someone who has no sense of belonging.”

The law covering adult adoptions in New Jersey is fairly broad and is certainly much less restrictive than those laws governing the adoption of minor children. In relevant part, the statute says the court shall allow a person or couple of full age to adopt an adult person if the court is satisfied that the adopting parent or parents are of “good moral character and of reputable standing in the community.” Further, the law states that the adoption has to be to the “advantage and benefit” of the person being adopted. Also, in New Jersey, the adopting parent or parents have to be at least ten years older than the person being adopted.

Without question, the New Jersey statute covering adult adoption puts great weight on the fact that the person seeking to be adopted is, in fact, an adult. No notice needs to be given to the biological parents, unlike in infant adoptions, because of the fundamental rights of the adult looking to be adopted. In other words, the courts recognize the fact that with adulthood comes rights and responsibilities and with those rights, comes the “extinction” of the biological parent’s right to object.
There is no clear definition of family, today. And, there is a debate about what really constitutes a family. What is without question is that many adults are looking to find what “family” really means. And, being adopted may just provide them with that answer.