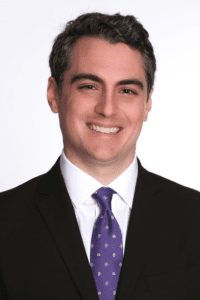 Mr. Perry’s approach to resolving his client’s legal issues is fully client-focused, centered around open and honest communication, active listening, effective problem solving, and zealous safeguarding of his client’s best interests. As a skilled legal counselor, Mr. Perry guides his clients with deep compassion and professionalism. He is sensitive to his client’s concerns, recognizing that divorce and family law matters are inherently more personal than other areas of the law.

Schedule a Consultation with Wayne Perry

Recognizing the stress and uncertainty his clients may be experiencing, Mr. Perry makes it a priority to create a clear and comprehensive strategy that addresses his clients’ unique set of needs and provides a concrete path towards reaching their goals. Mr. Perry is experienced in both litigated and out of court settlement methods. He will always investigate the possibility of settling his client’s matter through a low conflict method such as mediation. Should litigating his client’s matter before the courts be necessary, he is prepared and ready to vigorously advocate for his client’s rights.

Wayne Perry’s experience gives him unique perspectives into the legal system and the New Jersey Family Courts which are advantageous in his current practice and an invaluable asset to his clients. Mr. Perry uses his courtroom experience to advise clients as to the potential benefits and risks of having a particular case brought before the court. He relies on his past litigation experience to zealously advocate for his clients’ needs should they choose to pursue court intervention. 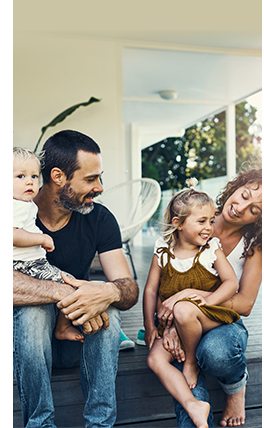 Coming from a family of lawyers, from a young age Mr. Perry saw firsthand the positive impact his family members had on the clients they helped. He knew very early on that guiding people through the difficulties of their legal matters was what he was meant to do. Mr. Perry’s passion for family law was sparked during law school when he interned for the Honorable Mark L. Powers at the Schenectady Family Court in New York State. Mr. Perry reviewed applications for the establishment, modification and termination of parenting time, child support, and alimony. He also participated in motion hearings and child support hearings, and assisted Judge Powers in the preparation of court Orders and Opinions. Mr. Perry credits this experience as providing a deep foundational knowledge in the intricacies of family law and family courts that still benefit his clients today.

Mr. Perry further enhanced his substantive legal knowledge when he interned at the Albany Law School Immigration Clinic where he handled special immigrant juvenile status (“SIJS”) cases under the supervision of licensed attorneys. Mr. Perry conducted client interviews, drafted SIJS pleadings through the family court, and appeared in family court to advocate for the pleadings that were drafted. Mr. Perry learned valuable litigation skills in this role and gained a special appreciation for the life-changing impact of his advocacy.

Mr. Perry also interned at the Office of the Public Defender in Morris County, New Jersey where he assisted several Assistant Deputy Public Defenders in researching and writing legal memoranda on various criminal issues including search and seizure and Miranda violations. In one case, Mr. Perry prepared legal memorandum regarding a juvenile adjudication matter, and under a student practice order, successfully defended his client before a Morris County Superior Court Judge. This experience further shaped Mr. Perry’s meticulous approach to litigating his clients matters with tireless care and precision.

Mr. Perry earned his Juris Doctorate from Albany Law School. He is a member of the New Jersey Bar Association and is an active participant in the Morris County Bar Association.

Outside of the courtroom, Wayne is a life-long sports fan. He enjoys playing a variety of sports including golf, tennis, basketball, football, softball, and others. He implements the same competitive edge to the courtroom that he uses on the sports field to fight for the needs of his clients.

Schedule a Consultation with Wayne Perry

Wayne Perry is located at our Parsippany, Morris County offices. To schedule an initial consultation with Wayne, please call (888) 888-0919 or click the link below: