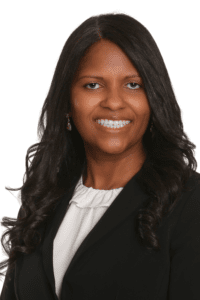 With extensive experience as an attorney, Ms. Velazquez excels in problem solving and utilizing her legal expertise to simplify even the most complex and highly sensitive of family law disputes. Ms. Velazquez listens attentively to the concerns of her clients and maintains open and constant communication at all times. Recognizing that her clients are vulnerable and going through volatile moments in their lives, Ms. Velazquez works tirelessly to achieve her clients’ desired results while providing them with a compassionate and safe space to unload their burdens.

As both a zealous litigator and a creative negotiator, Ms. Velazquez has the experience and knowledge to always pursue settlement methods that are in her clients’ best interests. To provide her clients with complete clarity and confidence in their decisions, she presents key decision options with not only the pros and cons of each option and but also her recommended best course of action. Ms. Velazquez’s unparalleled passion and skill are apparent in the way she advocates to help her clients’ resolve their family law disputes.

Before becoming a family law attorney, Ms. Velazquez served as Claims Counsel for an insurance company, where she vigorously litigated for her clients in court and participated in extensive negotiation training for resolving disputes via mediation and arbitration. Ms. Velazquez also assisted U.S. companies in defending against allegations of bribery of foreign government officials. This role required both extensive knowledge and innovative interpretation of the law. Ms. Velazquez applies the skills of negotiation, investigation and trial prowess she honed in these roles to effectively and successfully resolve highly contested divorce and family law matters for her clients.

When Ms. Velazquez managed her own law firm, much of her practice focused on handling matters related to divorce, emancipation, separation, child support, custody and pre-nuptial agreements. She eventually expanded her practice to include immigration issues because of the connection between legal status, family unity and the ability to work in the U.S. While running her law firm, she also became the Director of Legal Services for an immigration non-profit. In this role, she advocated for 145 clients and obtained legal status on their behalf. Today, many of those clients are U.S. citizens. Additionally, Ms. Velazquez protected the rights of clients escaping gang violence and political persecution. She won their asylum cases in federal court and prevented their deportation.

Later, Ms. Velazquez worked at Legal Services as a Supervising Attorney in the Family Law Unit where she championed the rights for survivors of domestic abuse. She worked in partnership with the Essex County Family Justice Center and represented survivors with domestic violence, divorce, child custody, parenting time, relocation and child support disputes. In her role, she mentored, trained and supervised staff attorneys, volunteer attorneys, law students and paralegals. 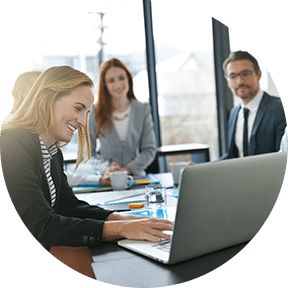 Ms. Velazquez graduated from Seton Hall University Law School with a Juris Doctorate. During her time at Seton Hall Law, she served as a Public Interest Fellow, which required her to learn how to conduct legal research and write legal motions. The arguments she developed in her motions were the basis for oral arguments heard in the Appellate Division. Building on that experience, Ms. Velazquez competed and became a quarterfinalist in the Eugene Gressman Moot Court competition. These endeavors served as a foundation for Ms. Velazquez’s advanced ability to effectively write legal documents and deliver persuasive oral arguments.

Ms. Velazquez also served as a legal intern for the Honorable Renee J. Weeks in the Essex County Superior Court Family Law Division. This legal externship provided her with insight into the Judge’s perspective and decision making process. Today, she still relies on this knowledge to prepare winning motions, briefs and oral arguments. Ms. Velazquez was a Law Clerk for two years while attending law school and assisted in trial preparation for civil cases. It was through this experience that she learned how to prepare herself and her clients to present the strongest possible case and earn the trust and confidence of the Judges.

Ms. Velazquez resides in Passaic County with her husband and daughter where she is active in various social groups in her community. In her free time, she loves to travel, read and exercise.

Schedule an Initial Consultation with Aleida

Aleida Piccini de Velazquez is located in our Hackensack, Bergen County office. To schedule an initial consultation with Aleida, please call (888) 888-0919 or click to schedule online.