You are here: Home1 / Blog2 / New Jersey Law - Divorce & Separation3 / My Ex-Spouse Died, Who Gets The Life Insurance? 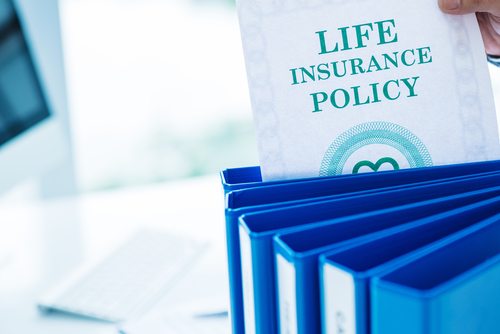 Custody, parenting time, the marital house, the bank accounts: all are issues that divorcing couples have on the forefront of their minds, probably because who is going to live in the marital home and who gets custody of the children are issues that are in the present. The here and now. But, what about future issues that may arise after the divorce is over — like what happens to life insurance spouses may hold?

A solid marital settlement agreement addresses the more common items that crop up in a divorce, such as alimony or division of assets, but the marital settlement agreement should also address the less commonly thought of issues of wills and life insurance. More than likely spouses, at happier times, included the other spouse in their will and named them as beneficiaries on their life insurance policies, so that, in the unfortunate event of their demise, the spouse would have the means to take care of the home and the family. As part of the divorce process, it is essential that all of these types of instruments, such as a last will and testament and any insurance policies are amended to include new beneficiaries.

But, what happens after divorce if the beneficiary on the life insurance was never changed? Is the ex-spouse entitled to the life insurance proceeds even though they were no longer married to the deceased? Take, for example, the recent case out of Minnesota: Metropolitan Life Ins. Co. v. Melin, a state case, which went all the way to the US Court of Appeals. In that matter, the Court of Appeals talked about the 2002 Minnesota law, called the “revocation-upon-divorce” statute, which states, “the dissolution or annulment of a marriage revokes any revocable…beneficiary designation…made by an individual to the individual’s former spouse.”

The Minnesota “revocation-upon-divorce” statute seems to be pretty clear: a divorce automatically acts to revoke the beneficiary designation of the ex-spouse, so no life insurance payout to the ex. But, the US Court of Appeals did not see it that way. Instead, the court applied the Contracts Clause of the US Constitution, which trumps the state statute, because the US Constitution is much more powerful than a state statute. The court found that applying the revocation-upon-divorce statute would substantially impair the contractual relationship between the former spouses. Further, the court found that the Constitution required that the policyholder’s expectations under the law at the time the contract was entered into (life insurance policy signed) be upheld. In short, the spouse, when they named their ex, had the intention to name their ex and it is that intention that must be honored, even though they were subsequently divorced.

Here in New Jersey, we also have a “revocation-upon-divorce” statue and in 2009, the Appellate court came to a different conclusion than the US Court of Appeals did in the Minnesota case. In Hadfield v. Prudential Insurance Company, the divorced wife of a former police officer who passed away was still the named beneficiary on his life insurance policy at the time of his untimely death in 2006. They had divorce in 2004. The court looked to New Jersey’s “revocation-upon-divorce” statute, NJSA 3B:1-1 as guidance in its decision as well as past cases involving wills.

The court decided that, “Just as with a will, this life insurance policy allowed Ryan Hadfield to change the beneficiary at any time, and thus defendant, contrary to her argument, did not have a vested right to the policy proceeds. Because she has no vested right, it is not an improper retroactive application of that statute for this court to hold that the amended N.J.S.A. 3B:3-14 applies to this life insurance policy.” The appellate court did not see an issue with applying the statute retroactively and did not mention the application of the Contracts Clause of the US Constitution and whether or not it applied to this New Jersey Case.

Get answers to your divorce questions by scheduling an initial consultation with one of our experienced family law attorneys. Please contact us today to set up your meeting.

8 Savvy Ways to Prepare for Divorce

6 Signs Your Spouse Is A Compulsive Shopper