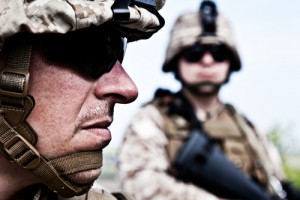 The unique demands of military service, and particularly the demands of long-term active duty assignments, can put tremendous strain on a servicemember’s home life. Deployments can be unpredictable and sometimes involve short notice. Families are called on to make difficult adjustments. Relationships can change or grow distant, including relationships with those who mean the most to you: your kids.

Are you a military dad facing custody issues? Learn about your father’s rights and parenting time options.

Are you seeking custody or parenting time with your kids? Child custody arrangements are governed by the states rather than by federal law. If you are in the military and are working out initial child custody arrangements in New Jersey, it is important for you to work with a local New Jersey family law attorney to include provisions addressing military relocation. If you have a custodial agreement already in place that does not include appropriate provisions, you will want to work with your child’s other parent to modify the agreement.

Children need their fathers and for their children’s sake, fathers need to know that in the state of New Jersey, they have the same custody and parenting time rights as mothers. Rights for military fathers who step up when and where they can—participating in their child’s schooling, attending to their health and welfare needs, and sharing extra-curricular time and activities with them—need to make their involvement and their deep commitment to their children known to prevent themselves from losing out on decisions involving custody arrangements due to factors beyond their control.

The Department of Defense (DOD) has responded to the needs of both fathers and mothers in the military by establishing best practice protections designed to alleviate the stress that disruption of child custody arrangements causes to parents and children. These best practices include the following points:

– No permanent orders altering existing custody arrangements should be entered while the custodial parent is unavailable due to military service.
– Past, current or possible future absences due to military service should not serve as the sole basis for altering a custody order in place prior to the absence.
– The custody order in place before the absence of a military parent should be reinstated within a set time upon the return of the military parent, absent proof that the best interests of the child would be undermined. The non-absent parent should bear the burden of proof.
– A service member with visitation rights should be allowed to petition the court to allow those visitation rights to be delegated to a third person during the service member’s absence due to military service.
– Important procedural protections under state law include 1) Allowing expedited hearings upon the request of a service member, and 2) Letting the court use electronic testimony when the service member is unavailable, if it is in his or her best interest.

If you need more information about military divorce in New Jersey or about New Jersey child custody and parenting time laws, please contact us for an initial consultation.