You are here: Home1 / Blog2 / New Jersey Law - Divorce & Separation3 / Study: Is Facebook To Blame For Your Divorce? 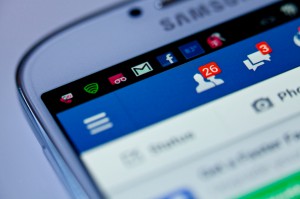 It turns out that spending countless hours interacting with online friends can negatively affect your most important real life relationship — the one with your spouse, according to a new Boston University-led study that appears to have found the strongest link yet that Facebook use ups the odds for marital dissatisfaction and divorce.

Published in the journal Computers in Human Behavior, researchers looked at data on married individuals between 2008 and 2010. Breaking down the numbers, they were able to compare divorce rates across 43 states with the number of Facebook accounts in each state.

Their discovery? States with higher Facebook use also had higher divorce rates. For example, a 20 percent increase in Facebook users in a particular state was linked to a 2.18 percent growth in the divorce rate there. Even when researchers took into account variables such as employment status, age, and race, Facebook use was still a factor.

And that’s not all. After seeing this statewide bump in divorce rates, researchers then examined data from a 2011 poll that asked over 1,100 married 18- to 39-year-olds a series of questions designed to measure the quality of their romantic relationships. The poll asked respondents how happy they were in the relationship, whether their parents were divorced, if extramarital sex existed in the relationship, and whether or not they used social networks such as Facebook–and if so, whether they considered themselves a heavy or light social media user.

Once again, Facebook was a factor. Survey respondents who said they didn’t use social networks at all reported being 11.4 percent happier with their marriage than heavy users of Facebook, Twitter and the like. Heavy social media users were 32 percent more likely to think about leaving their spouse, compared with 16 percent for a nonuser.

James E. Katz, the study’s lead author and director of the school’s Division of Emerging Media Studies, describes the findings as raising a “chicken and egg” question concerning Facebook and divorce: is Facebook driving people to divorce or are unhappy people flocking to Facebook and other social media sites to meet new potential partners?

Katz’s hypothesis? It may be a combination of both.

“It makes sense that people who are unhappy in their marriage would turn to Facebook to find other people [but]… even the opportunity for meeting new people may help precipitate discontent with a marriage. Facebook has actually capitalized on this by ‘recommending’ friends and groups for users. In this way, individuals may turn to Facebook more frequently for social support,” he and his coauthors wrote in the study’s findings.

Besides taking a look at the current status of Facebook use, Katz also believes this study is an important warning sign for the future. “The apparent association between the use of Facebook and divorce and marital unhappiness in the United States raises troubling questions not only about how we use these tools, but how their use affects marriage,” he said. “The institution of marriage, already under siege in many quarters, seems to be facing yet further assault from people’s growing enthrallment with social media.”

Is It Cheating to Have An Emotional Affair?

How Too Much Tweeting Can Lead to Divorce